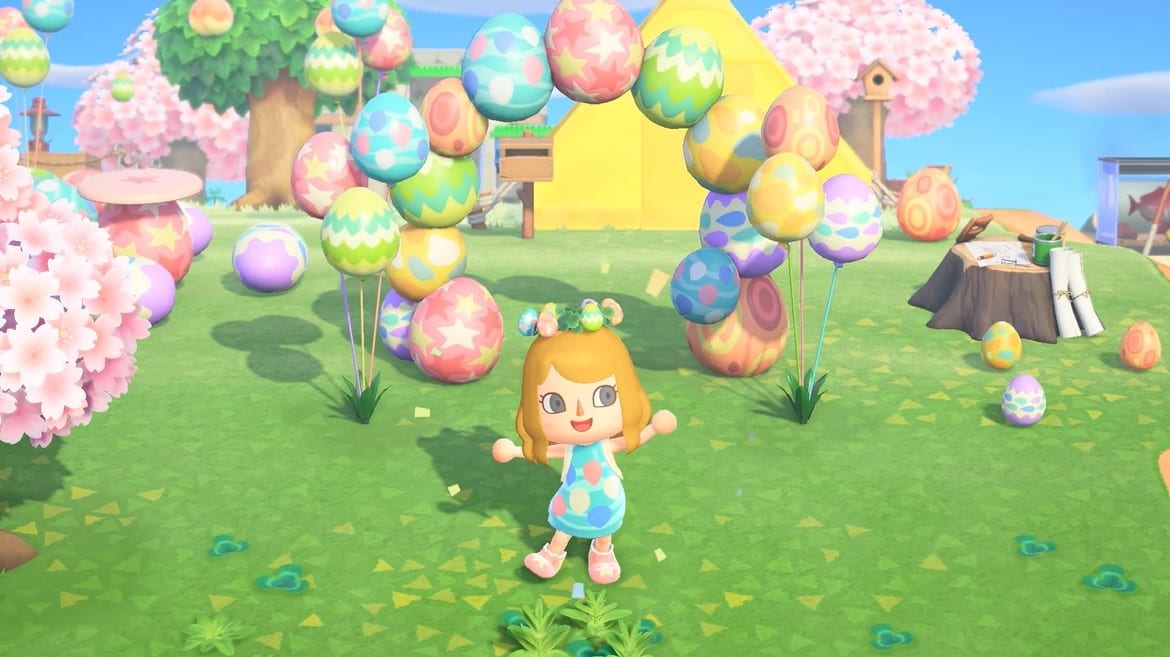 Out of nowhere today, Nintendo dropped a Mini Direct on YouTube to the surprise of many. Less surprising is that it revealed a basketful of details about Bunny Day in Animal Crossing New Horizons.

This event is essentially the Animal Crossing version of a secular Easter. A yellow bunny named Zipper comes to your island to hide eggs. These special items can be found on trees, underground and can even be fished out of the water. You’ll have to search everywhere to find them all.

It was revealed that with enough eggs you can craft furniture and other items that are a part of the egg series. This includes an arch, chairs, tables, a crown and much more all made out of pastel-painted eggs.

This event will begin very soon on April 1 and will run until April 12. In Animal Crossing New Horizons, you need updates to receive these events. No need to worry, the day-one update that released last week included the update for the Bunny Day event.

All you need to do is boot up the game starting on Wednesday next week to partake in the Bunny Day event. It also looks like the game is going to receive another update later in April to include the Earth Day event along with other features.

For more news on Animal Crossing New Horizons, check out the official Twitter account and of course, stick with Twinfinite.

If you want to watch the reveal of this new information, then check out the segment of the Nintendo Direct Mini below (starting at 8:50):