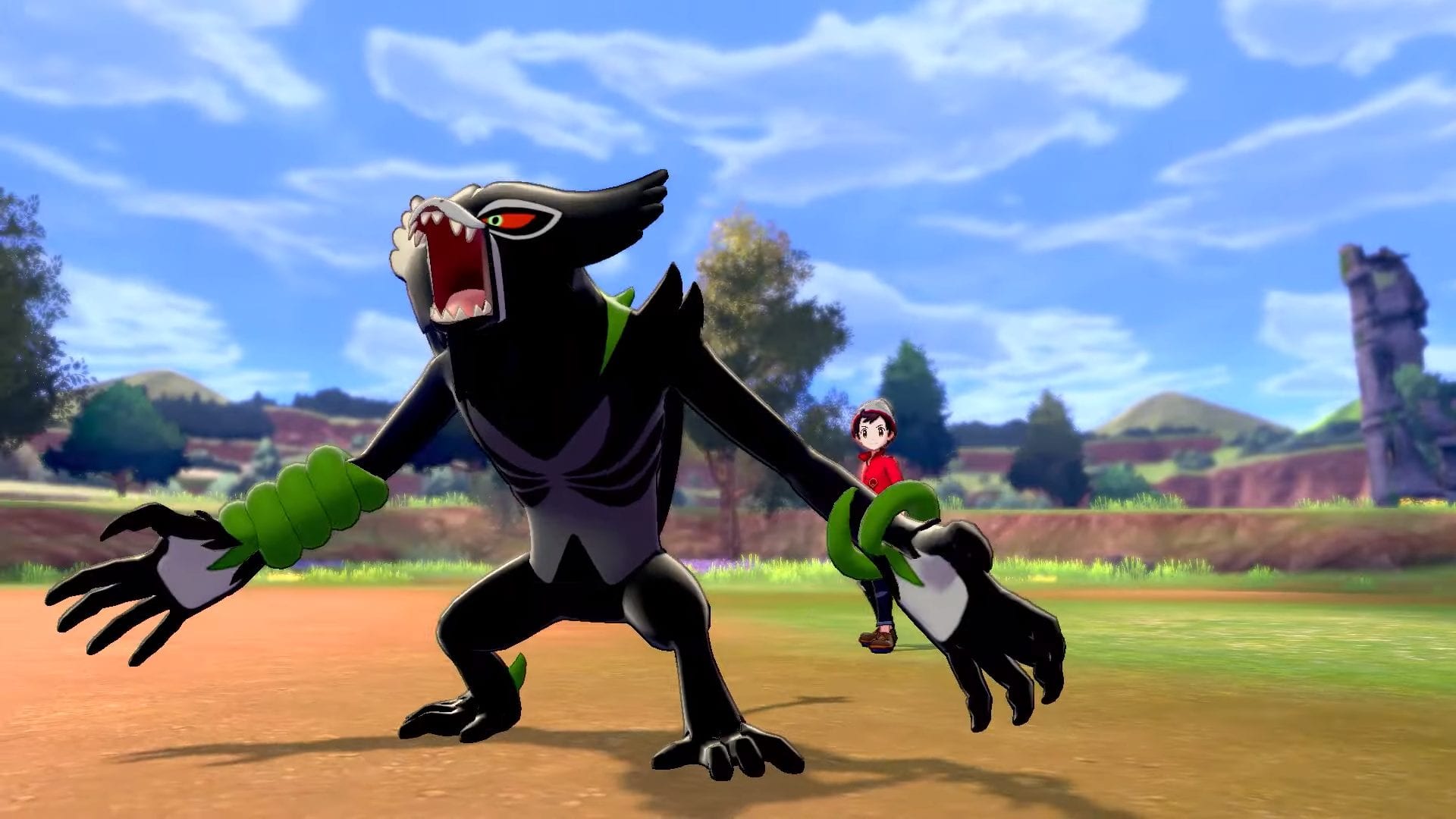 The Pokemon news train keeps on rolling, and like Whitney’s Miltank after it uses Rollout, there’s seemingly no stopping it. Just yesterday, Game Freak revealed Mewtwo Max Raid Battles, and today, the company officially announced a new, powerful Pokemon that doesn’t monkey around.

Earlier today, the Pokemon YouTube channel unveiled Zarude, the Rogue Monkey Pokemon. This sinister simian lives up to its name with red eyes, vines wrapped around its wrists, an almost skull-like face, and a Dark/Grass typing. Zarude shares this dual typing with Nuzleaf, Shiftry, and Cacturne, although those are technically Grass/Dark-types.

According to the trailer, Zarude’s ability is Leaf Guard, which protects it against status effects during sunny weather. Moreover, the video description features a short blurb about the Pokemon, which is likely Zarude’s Pokedex entry:

When fighting, it swings around using trees and their branches, attacking relentlessly with its sharp claws or any other means it has. Its quick wit helps it excel in battles.

The video doesn’t include any more information, such as if Zarude features a signature attack or how to catch it. However, the trailer promises “more information coming soon.”

We will keep our ears to the ground for more news on Zarude, as well as general Pokemon announcements.