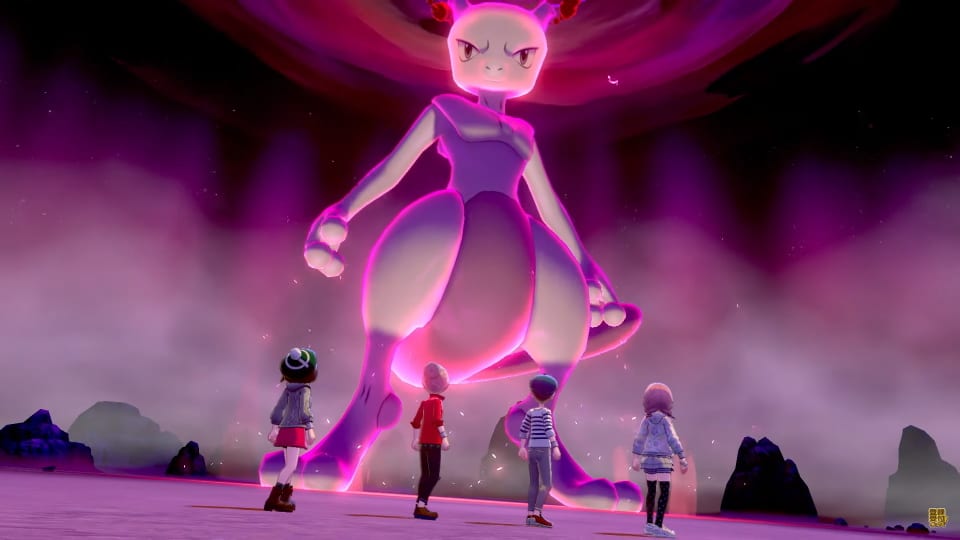 The Pokemon Company has announced in a trailer that Mewtwo, the legendary Pokemon from the Kanto region, will be appearing in Max Raid battles in Sword and Shield for a limited time.

Mewtwo is the first legendary Pokemon to appear in Max Raid battles, but because it is so powerful, you won’t be able to catch it just yet. Instead, you can battle it with other players online or with NPCs to try to defeat it for big rewards, such as bottle caps and tons of Exp. candies.

These limited-time Max Raid battles featuring Mewtwo will begin on Feb. 27 to mark the start of Pokemon Day. The legendary Pokemon will only appear in Max Raid battles until March 2, so if you want to battle one, you will only have a few days to do so.

There is no word on whether Mewtwo will eventually be catchable in Sword and Shield. At the moment, the only way to obtain a Mewtwo in the game is to transfer one from Pokemon Home.

Like all other special Max Raid Pokemon, you must first update your game’s Wild Area for it to begin appearing in raid dens. If you haven’t caught Gigantamax Toxtricity, it will continue to appear in Max Raid battles until March 8.

This is the first of several announcements that are anticipated for Pokemon Day, according to the Pokemon Company’s official Twitter account. We already know that we can expect to hear the results of the “Pokemon of the Year” poll.

Check back with Twinfinite for more Pokemon Day coverage, and be sure to watch the Japanese trailer introducing Mewtwo to Max Raid battles below.