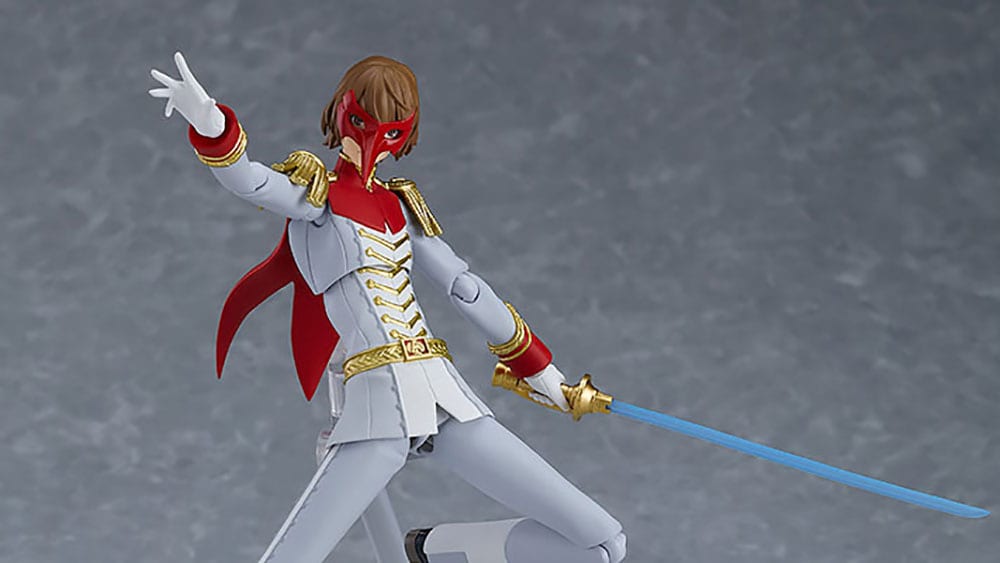 Goro Akechi is certainly a popular character in Persona 5, and soon you’ll be able to have him on your own shelf, posed however you like.

Good Smile company made its new figma portraying Crow (Goro Akechi’s Phantom Thief alter-ego) available for pre-order, and you can find it on Ami Ami.

The price is 6,390 yen, which translates approximately into $58. Like all figma, he’s fully posable.

The release window is fairly far, October 2020. The sculpting work is by SF345 and Naoki Satou.

“This is what I was waiting for!”

From the anime “PERSONA5 the Animation” comes a figma of Crow in his Phantom Thief outfit!

The smooth yet posable figma joints allow you to act out a variety of different scenes.
A flexible plastic is used in specific areas, allowing proportions to be kept without compromising posability.
He comes with three face plates including a confident face, a smiling face and a sneering face.
His laser saber and ray gun are included, along with a chess piece and an alternate hair part to pose him with his mask.
An articulated figma stand is included, which allows various poses to be taken.”

If you’re curious, you can check out what the figure looks like below.

If you’re interested in Persona 5 figures, you can also check out the recently revealed Kasumi Yoshizawa by MegaHouse.