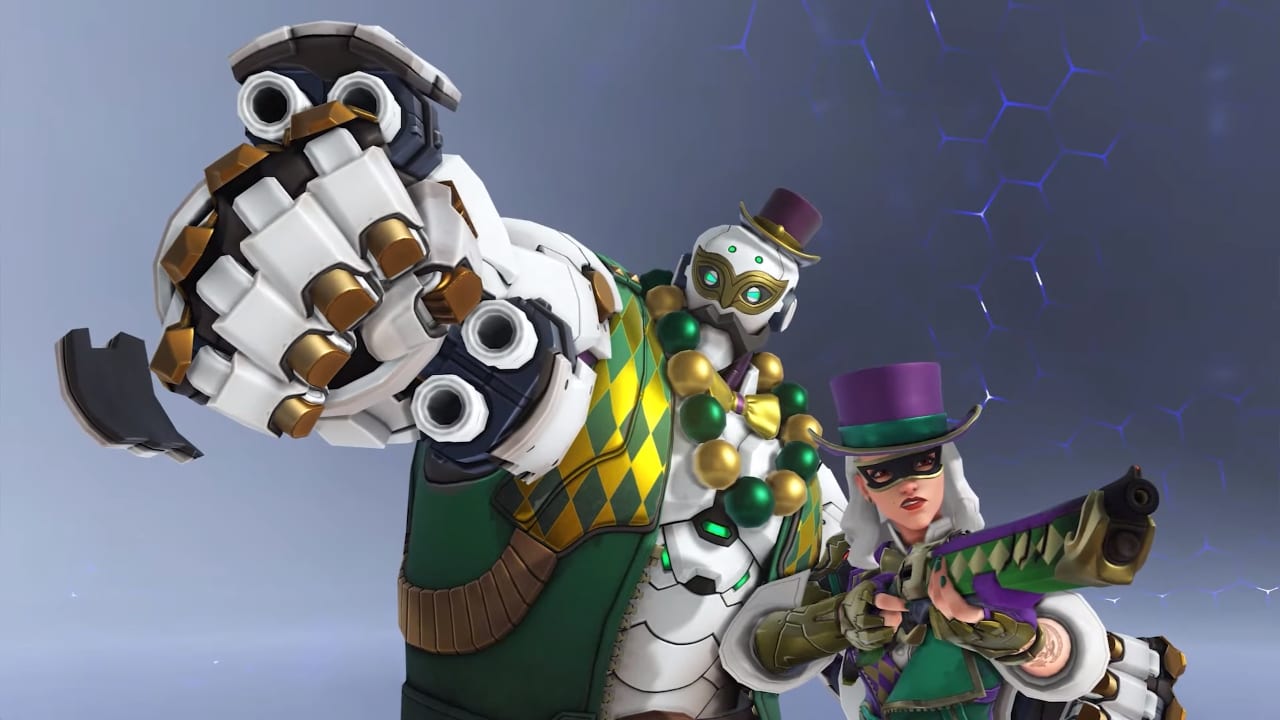 Overwatch kicks off a new event today celebrating the Carnival celebration of Mardi Gras with an earnable Ashe skin and a new update.

Players can also earn up to six Mardi Gras-themed sprays by watching participating Twitch streams for two, four, six hours. The list of streamers and full schedule can be read here. The challenge event begins today and will end on Monday, March 9.

Due to the strict restriction of only one tank hero, each tank has been buffed to compensate. The full change list is part of the February 25 patch notes, but the tank changes only exist in the Triple Damage experimental mode.

The mode is available to all Overwatch players and progress in experience levels and win-based events will still count.