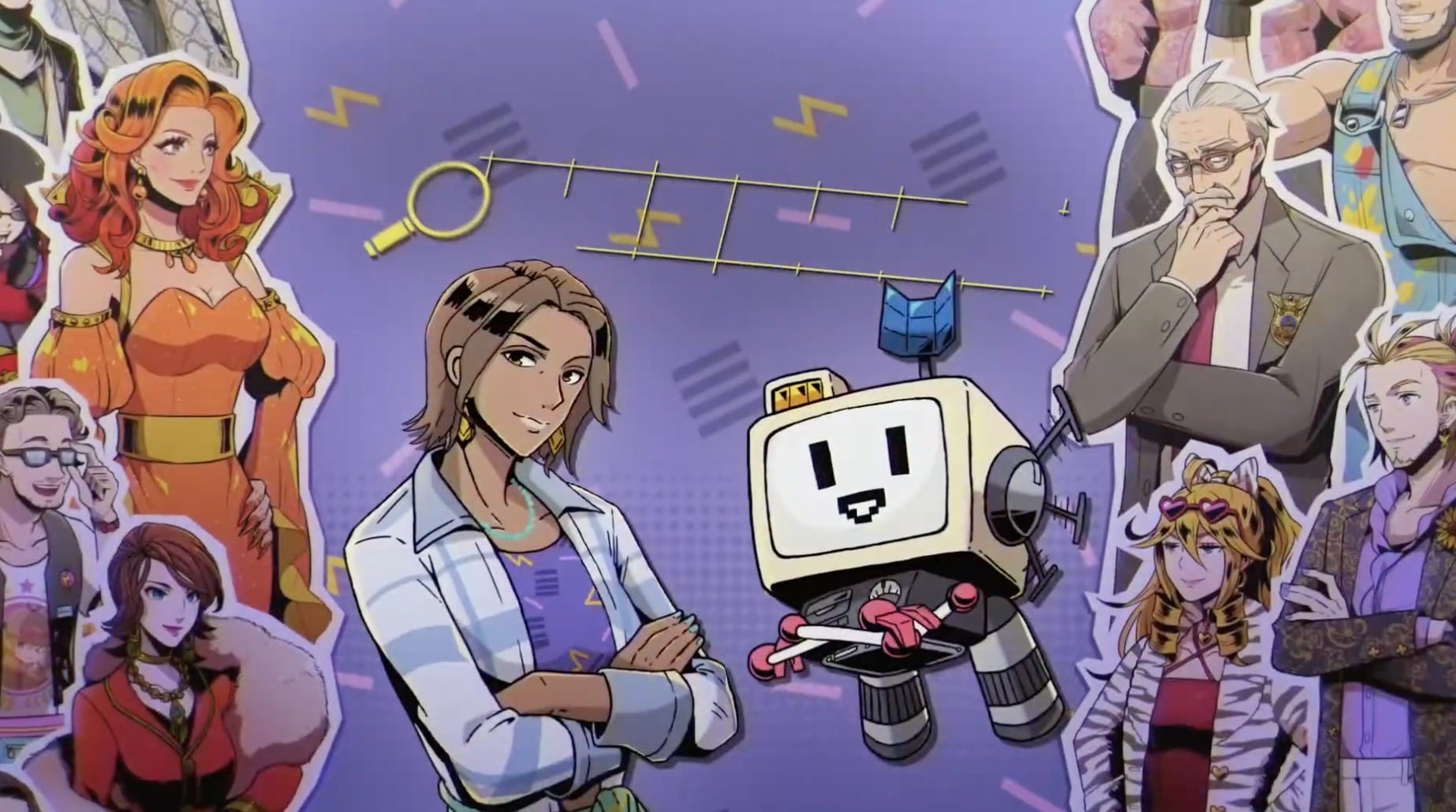 Developed by Mediatonic and published by The Irregular Corporation, Murder by Numbers is a puzzle-solving, visual novel that has you playing as a young actress named Honor Mizrahi who must team up with an adorable little robot to clear her name from a terrible crime.

The indie title was first announced back in December during Nintendo’s Indie World Showcase and it mixes together elements from the Ace Attorney series and Picross to create a wacky and very “anime” presentation.

Also, it’s worth noting that the soundtrack is being composed by Masakazu Sugimori, who worked on Ace Attorney, Ghost Trick, and Viewtiful Joe, which all happen to have fantastic music. And the character designs are being done by Hato Moa, the creator of Hatoful Boyfriend, another intriguing visual novel.

A new special animated intro was released on the publisher’s YouTube channel that gives us a look at what to expect from the upcoming visual novel:

Murder by Numbers will be launching on the Nintendo Switch and Steam on March 5 and March 6, respectively and will cost $14.99 on both platforms. You’ll be happy to know that if you purchase the game during its first week of release, you’ll be able to snag a small 10% discount.