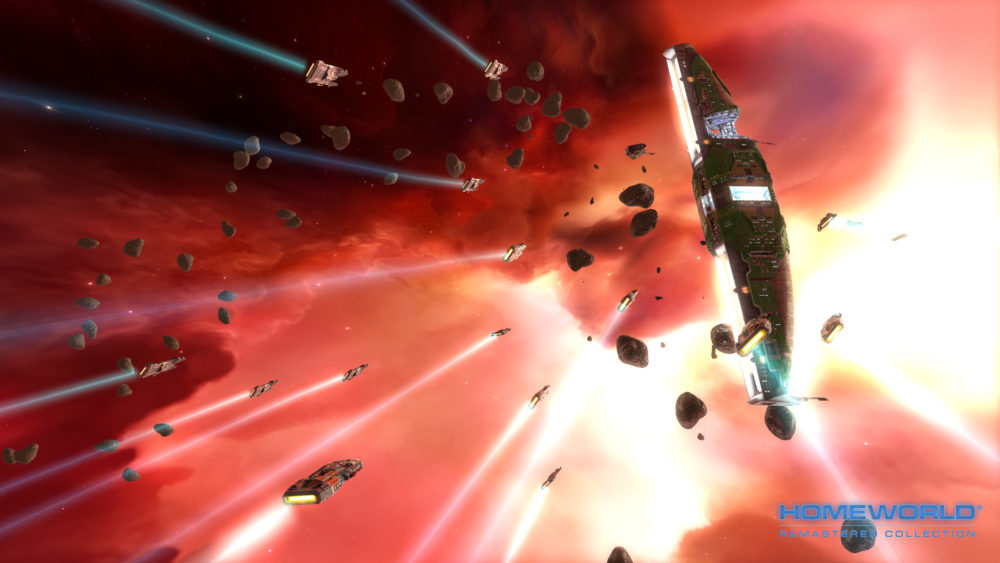 During Gearbox’s 2020 PAX East presentation, a Homeworld Mobile game was revealed with a new trailer showing off the series usual real-time strategy gameplay.

The new trailer promises that you will be able to explore a new galaxy, customize your ships, battle new kinds of enemies, as well as make new allies, all while being able to play absolutely anywhere.

There is no release date for the game as of yet but there will be a closed beta coming sometime in 2020.

The first Homeworld was released back in 1999 and became a cult hit. Gearbox purchased the rights to the game back in 2013 and has since gone on to publish remasters of the first and second game, with a crowdfunded third game set to release in the winter of 2022.

Homeworld 3 was crowdfunded through Fig and was reached its goal in September 2019.

Homeworld Mobile was first announced with the reveal of Homeworld 3‘s crowdfunding campaign, so the first official reveal trailer didn’t come out too much later.

Gearbox has done a great job bringing this RTS cult hit to modern systems and making it more accessible to millions of people.

For more news on Homeworld and Homeworld Mobile, be sure to check back with us here at Twinfinite.