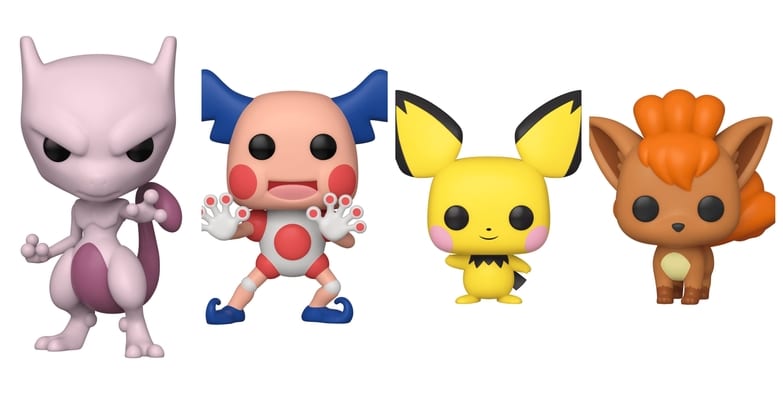 Today, Funko announced that four new Pokemon Pop! Vinyl figures will be coming sometime this year. You’ll be able to grow your Pokemon collection with Mewtwo, Vuplix, Mr. Mime, and Pichu figures that will cost $10.99.

You can go ahead and pre-order these adorable, dead-eyed pocket monsters at Entertainment Earth and the figures are slated to ship out sometime in April of 2020 (via Comicbook).

These also aren’t the only Funko Pokemon figures available for purchase right now. Funko is also selling Charmander, Bulbasaur, Squirtle, Pikachu, and Eevee figures with some of them only priced at about $7. You can find those right here.

Incidentally, today just happens to be Mewtwo’s birthday so what better time to pre-order that cool new Mewtwo Funko Pop figure? There’s also a huge Pokemon voting event happening right now that lets users choose the most popular Pokemon via a Google poll that will be revealed on Pokemon Day, which falls on Feb. 27.