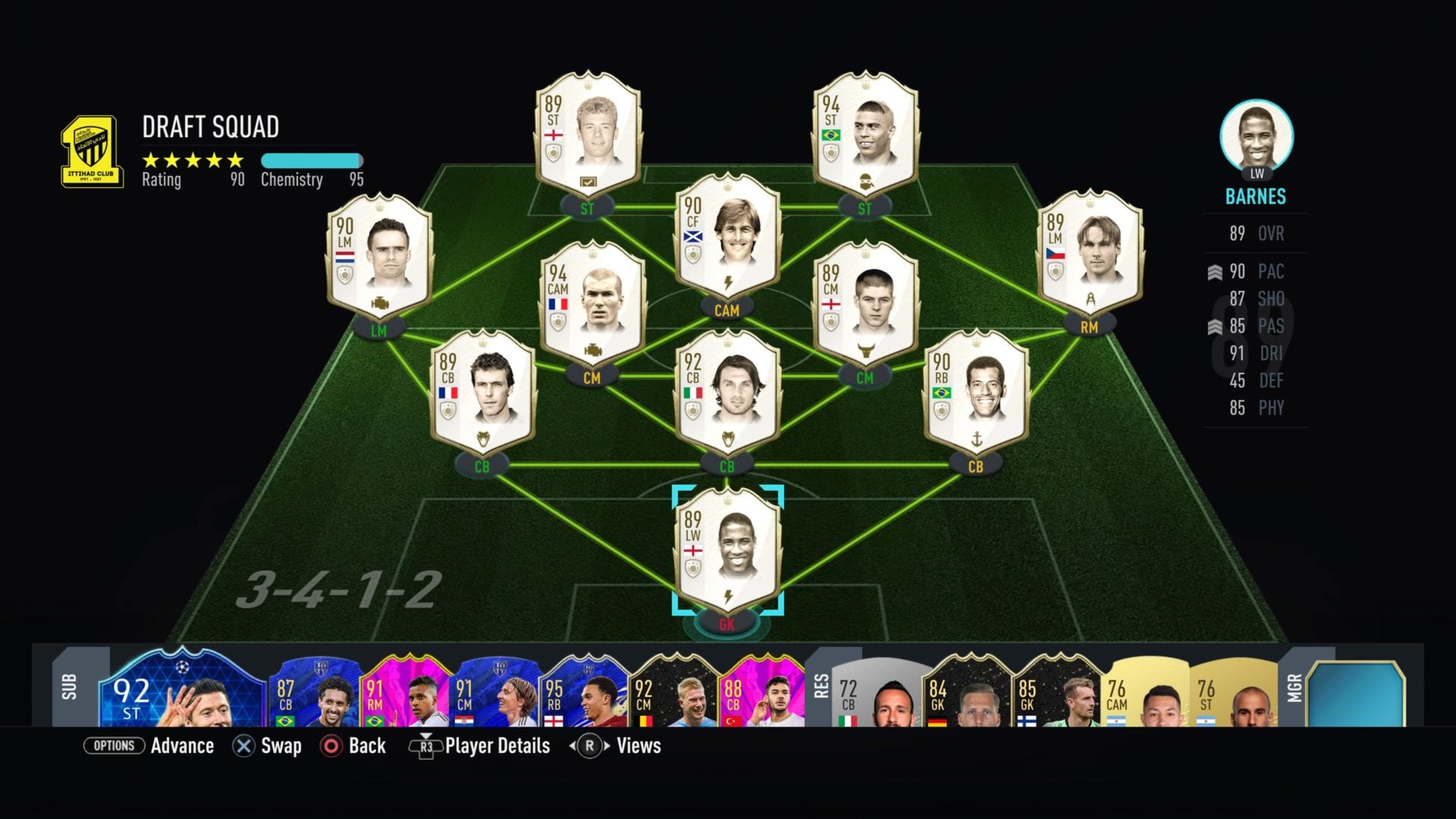 Usually, a small set of Icons are in Draft and the rotation is changed every few weeks, freshening up the players we see. The recent rotation is unlike any other.

As far as we can tell from a few of our own drafts and those posted on Twitter by other players, every single Base, Mid, and Prime Icon can appear in the choices.

As you can see at the top of the page, we managed to get 11 Icons in our second attempt (nine in the first). Yes, we didn’t get a goalkeeper this time, but they are appearing just as often as the other positions.

It’s not necessarily a good thing, as playing with Icons will get dull after a while and won’t allow us to use the other cool cards in the game, but it’s a nice change for a while.

Maybe it is just something EA Sports has changed in the hype for Prime Moments and it’ll go back to normal soon. Either way, it’s cool to see such a drastic change for one of FIFA 20’s less loved modes.

Now, rather than players trying to get 193 squads, they’ll be trying to get the most overpowered full Icon team. The likes of Pele, Ronaldo, Gullit, and Maldini are popping up all the time, so the ultimate squad of the past is definitely possible.

Let us know in the comments down below what full Icon teams you’re building while this lasts. Give it a try now before we’re back to seeing just Mid Luis Figo in every single draft.