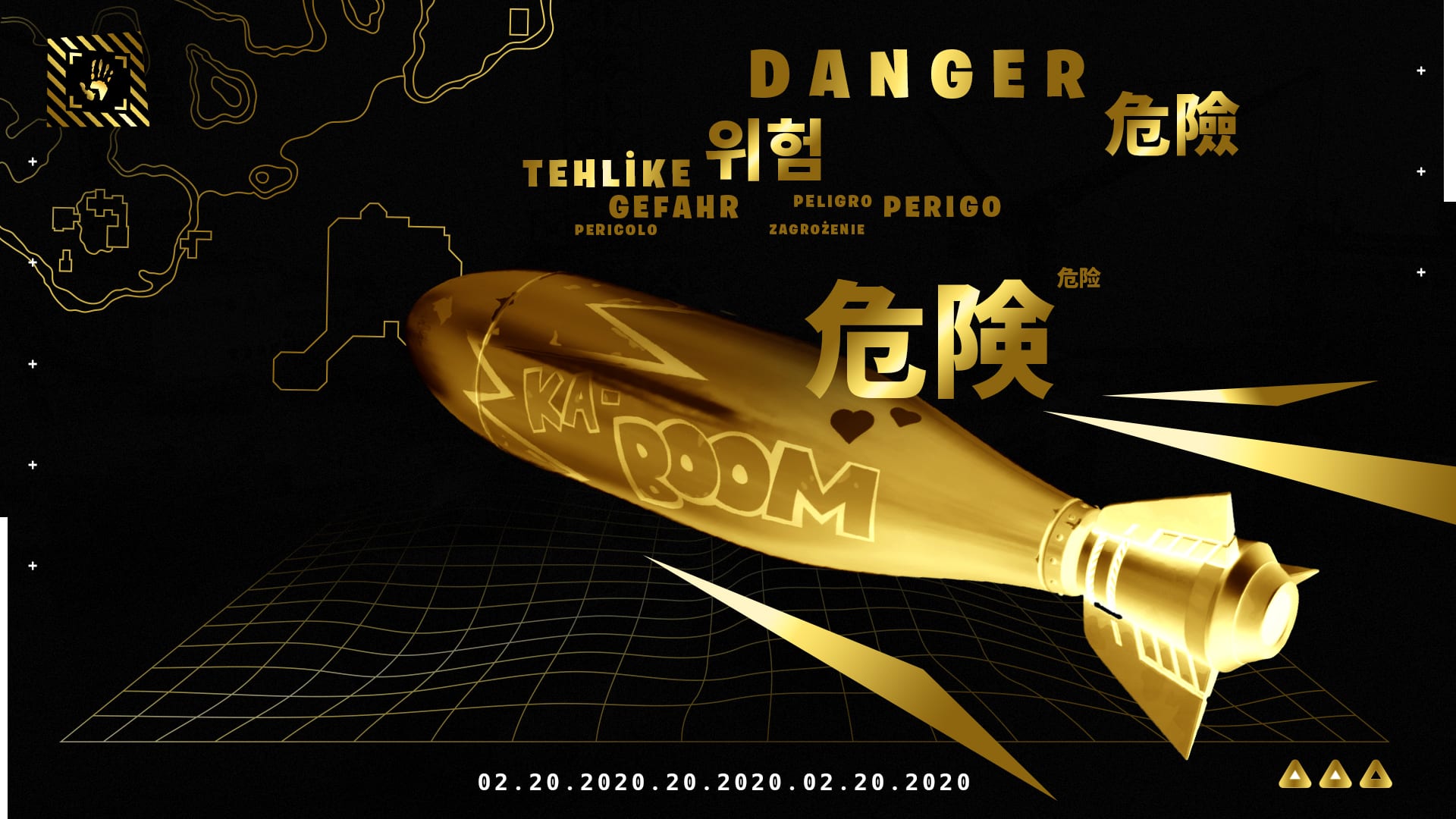 Epic Games has been teasing Fortnite Chapter 2 Season 2 on Twitter for the past couple of days, and the most recent teases seem to all be about explosives. The most recent suggesting some sort of aerial bombs may be coming to the game.

The first tease dropped earlier yesterday, when an image surfaced on Twitter with a stick of dynamite in the center.

Following that, we got a more blurry image depicting what looked like some sort of container with a bunch of golden shards surrounding it.

However, the more recent teases also from the official Fortnite Twitter account seem to suggest dynamite definitely won’t be the only explosive being added to the arsenal in Fortnite Chapter 2 Season 2.

The added word ‘danger’ littered around it in different languages seems to suggest that yes… these are going to hurt if they hit you.

Considering in an earlier teaser a helipad could be spotted in the background (which looked like a sneak peek at a new named location), could these be the weapon we’ll be using when flying around new helicopter vehicles?

Alternatively, it could be that this is a sign that the current map is about to be bombed and transformed into something new. In the top left-hand corner of the teaser image, you can see what looks like a section of a map.

Some players believe that these oil bombs are going to hit the likes of Dirty Docks and other less-popular named locations on the map.

All of this is speculation right now based on the teasers. Fortnite Chapter 2 Season 2 is due to go live tomorrow, Thursday Feb. 20, so at least we don’t have much longer to wait.

We’ll be covering the new season in-depth once it goes live tomorrow, so be sure to check back with Twinfinite.