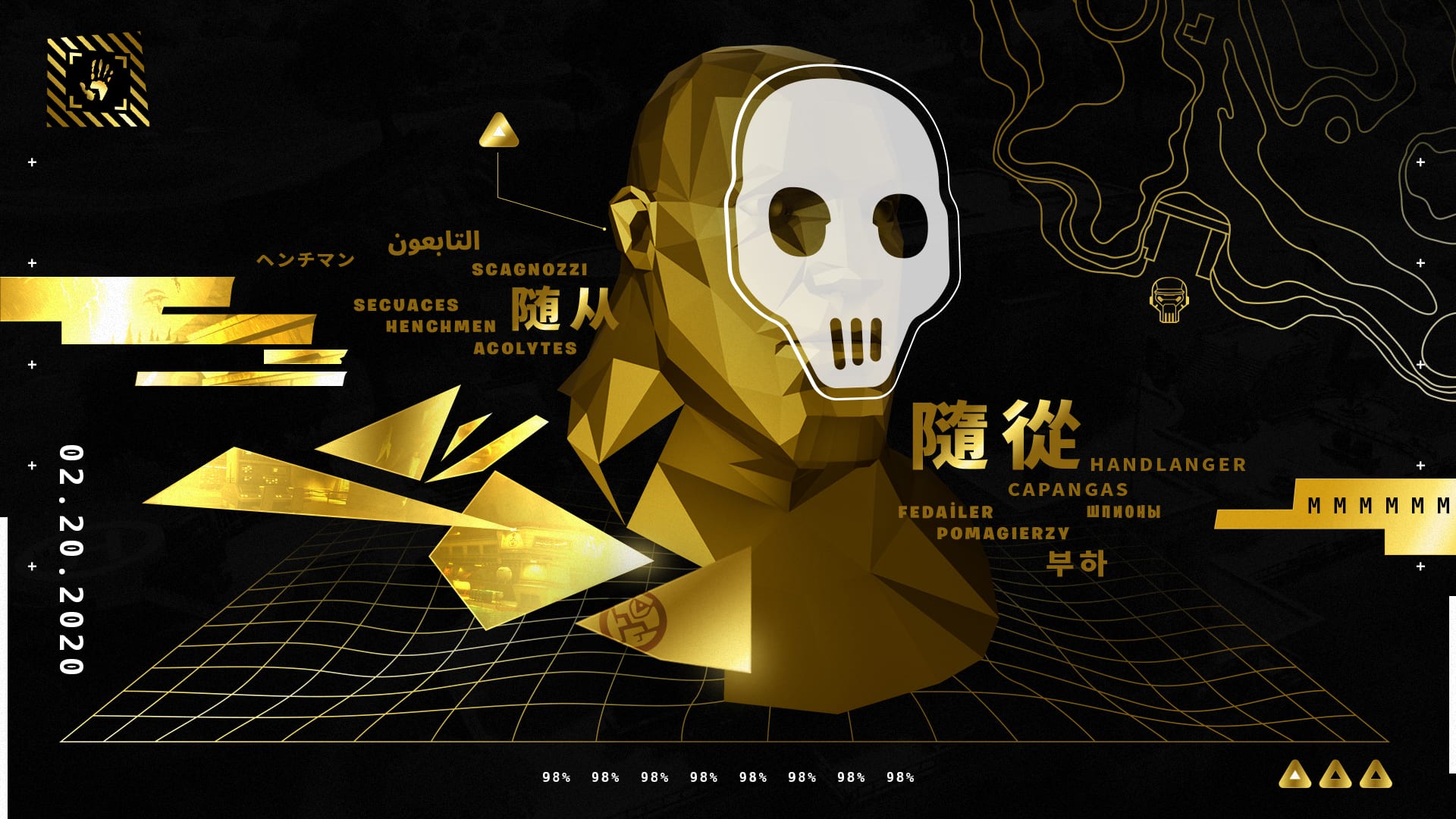 We’re just a couple of days away from Fortnite Chapter 2 Season 2 starting, and Epic Games has kickstarted its hype-building efforts with Twitter teases and even a real-life alternate reality game (ARG).

The teases first started dropping yesterday on Twitter around 10:00 AM ET. Simply showing off the golden hand with the words ‘Transmission Intercepted,’ it was pretty vague.

A couple of hours later, another tease dropped. This time, we got a few floating bits of gold, what look like contour lines, and some more detail in the background.

The third teaser once again added a little more detail in. This time, the most notable things are what looks like a face right in the center, as well as the words floating around and what can be seen in the shards of gold.

The words here are different translations of what is basically ‘henchmen’ or ‘assistant.’ In other words, it would appear the story in Chapter 2 Season 2 will be that perhaps the leaked Oro skin (the gold skeleton dude), has used his Midas touch to turn well-known skins into his henchman to do his dirty work.

Elsewhere in the image, you can see what appears to be some sort of icon in the central shard, as well as two characters gliding into a storm in the top image.

In the fourth teaser over on Twitter, it’s further suggested that our usual Fortnite characters may be getting ‘masked’ in some way, perhaps turned into the henchman of the Oro skin. Or perhaps this is suggesting a new game mode that would be more of a PvPvE affair, with henchman patrolling the map that drop gold weapons. Perhaps we’re getting ahead of ourselves here.

In some of the other shards, what look like new, futuristic locations can be seen. Exactly what these are and where they’ll end up taking over on the map remains to be seen.

That being said, the top right-hand corner of this fourth teaser is almost hinting at where on the map players can expect things to change. Additionally, if you zoom in and squint, you can make out what looks like a new named location in the background.

All of this has been complimented over the last couple of days by what appears to be an ARG in the real-world.

Possible leak/teaser found in a metro? (i didnt take this video) from r/FortNiteBR

Some players have noticed advertisements being taken over, with phone numbers displayed somewhere on them. When calling these numbers, different parts of a message can be found. You can check out all of the found messages below.

We won’t know the full extent of what to expect in Fortnite Chapter 2 Season 2 until it officially launches on Thursday, Feb. 20…. or until it all gets leaked. For now, though, it looks like we can expect at least some map changes, alongside some gold-related antics, however that may pan out.