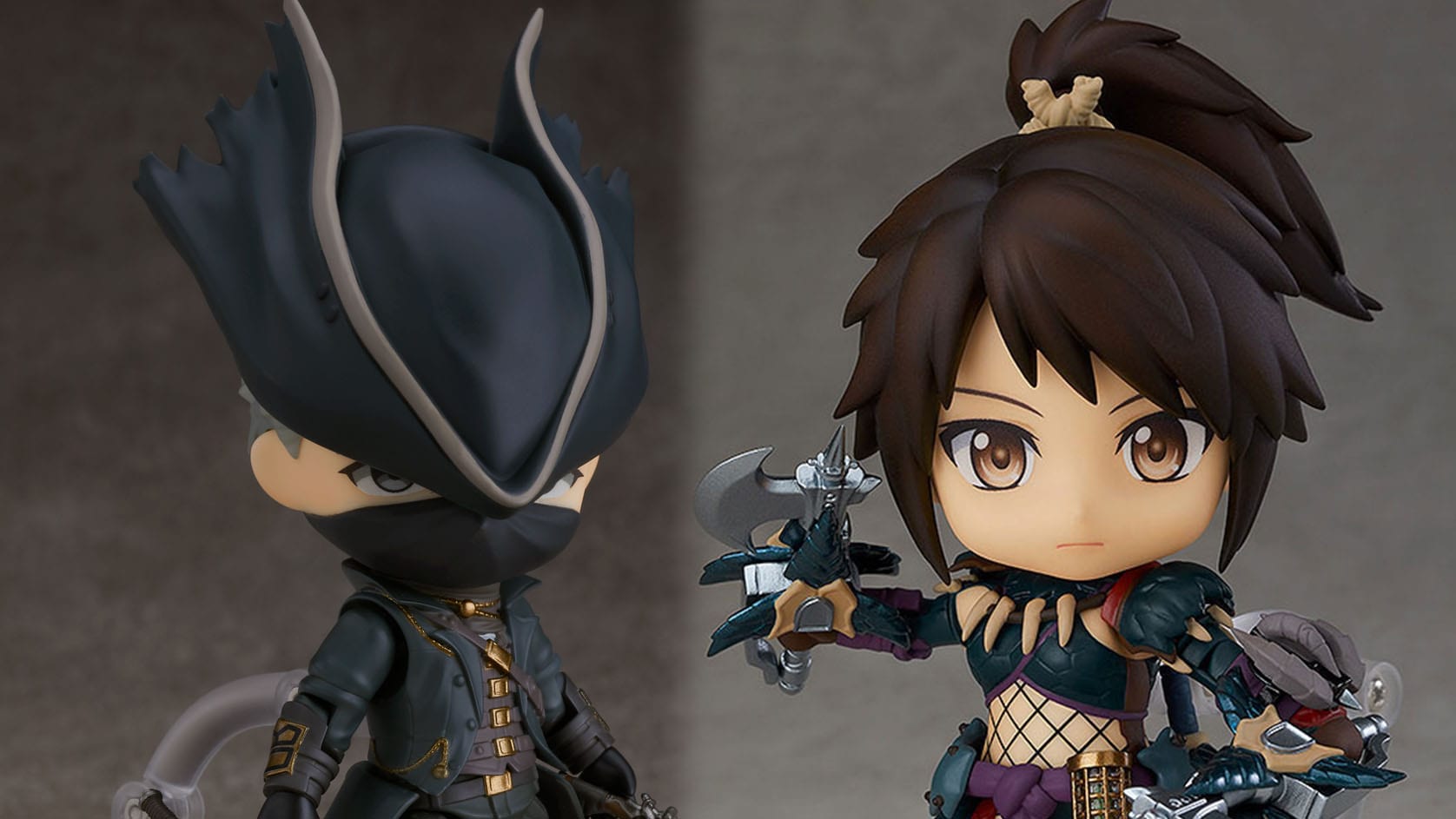 Capcom’s Monster Hunter and FromSoftware’s Bloodborne feature some of the most popular “hunters” in gaming, and Good Smile Company has made both available for pre-order in Nendoroid form.

Both Nendoroid action figures can now be reserved at Japanese retailers, including Ami Ami.

The Nendoroid Bloodborne Hunter is priced at 4,360 yen, which translates into approximately $40. He’ll be released in August 2020.

“The Night of the Hunt Begins.

From the PlayStation 4 Action RPG “Bloodborne” comes a Nendoroid of the Hunter who traveled to the city of Yharnam seeking blood healing. Optional parts include the Saw Cleaver, the Hunter Pistol and one of the lamps that function as checkpoints throughout the game. Be sure to add Nendoroid Hunter to your collection!”

Both versions release in August 2020, and are scumpted by Shichibee, 100 mm tall.

The difference between them is that the DX version has more accessories.

“One who hunts under the cover of twilight, moving like the wind.

From the PlayStation 4/PC (Steam) game “MONSTER HUNTER WORLD: ICEBORNE” comes a fully articulated Nendoroid of a female hunter in Nargacuga Alpha Armor. This special DX version includes all the parts that are included with the standard version together with bonus parts for even more display options!

She comes with two face plates including a reticent standard expression and a crazed expression. The Hidden Saber is included along with two carving knives and a throwing knives effect part.

Additionally, the DX version comes with an interchangeable head part for displaying the hunter with a ponytail haircut, the Hidden Tomahawk I Dual Blades, a critical hit effect part, a Demondrug consumable and an original eye glint effect part made for the Nendoroid, allowing you to enjoy the world of “MONSTER HUNTER WORLD: ICEBORNE” even more!”

You can see both in the gallery below. If you’re interested in Nendorids, you can check out the recently revealed Sam Porter Bridges from Death Stranding.