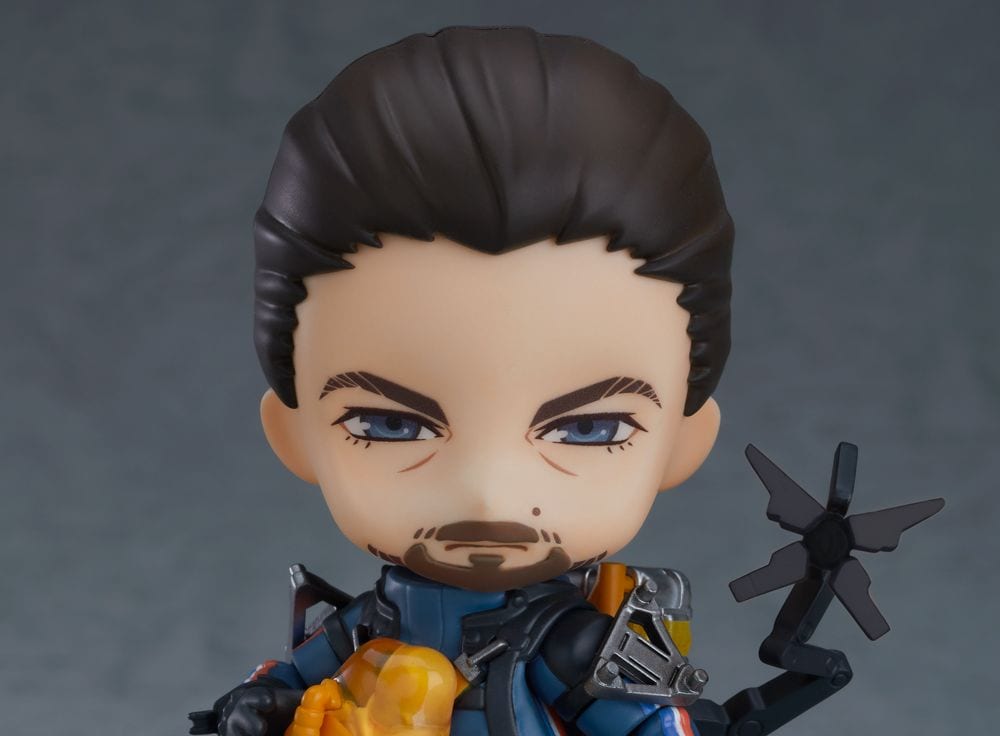 If you love Death Stranding, you’re about to see the cutest version of protagonist Sam Porter Bridges in existence.

The standard version is priced at 5,200 yen, which translates into approximately $47, while the “Great Deliverer”version comes with many more accessories for 8,800 yen (roughly $80).

Both versions will launch in August this year.

As usual for Nendoroid, they’re fully posable and they come with a dedicated base.

Here’s the official description for the Great Deliverer version, directly from the press release. The standard version is the same but without the frills.

“From KOJIMA PRODUCTIONS’ internationally popular game “DEATH STRANDING” comes a Nendoroid of Sam Porter Bridges! The Nendoroid is fully articulated and features detailed recreations of Sam’s equipment from the game. With the use of special modeling techniques, a tiny version of BB has also been faithfully recreated within Sam’s BB Pod.

Sam’s ever-important Odradek Terrain Scanner features several points of articulation, allowing you to easily change its position to match his pose. He can also be posed holding a Cryptobiote, allowing you to recreate scenes of him restoring his blood gauge while out on a delivery.

Two additional head parts are also included: one to display Sam with his hair down and one to display him with his hood up. A pair of sunglasses that can be attached to his hair-down head part are included as well. Enjoy displaying Sam delivering a tower of cargo cases right on your own shelf or desk! Be sure to add the palm-sized porter to your collection!”

If you’d like to see what the Nendoroid looks like, you can check out a gallery below.

Death Stranding is currently available for PS4 and will be released for PC this summer. To read more, you can enjoy our review.