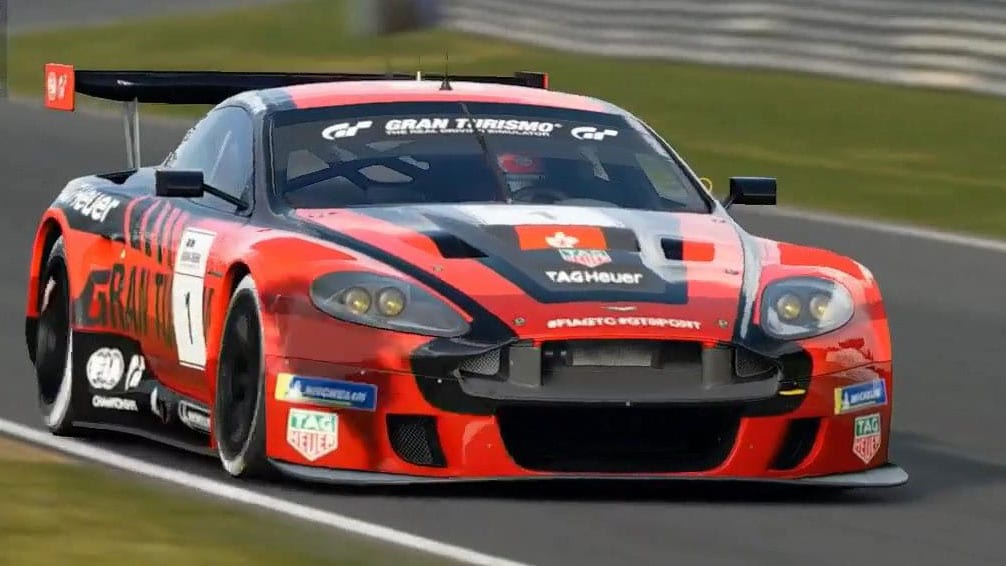 The new car is the Le Mans GT1 Aston Martin DBR9, which debuted in real racing in 2005.

It’s certainly a racing classic, and it was used during one of the semi-finals of the Nations Cup.

You can watch how it races just below, while we wait for it to be added to the game.

Incidentally, the race was won by Jonathan Wong from Hong Kong. The overall World Tour event was won by Takeru Miyazono from Japan with an absolutely brilliant win at the very last second ahead of Cody Nikola Latkovski. Wong took third place at the end.

If you’d like to see more of the game, you can enjoy the first look at the recently-revealed Lamborghini Lambo V12 Vision Gran Turismo.