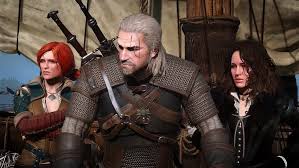 This guide will talk you through all Witcher 3 main quests that you’ll have to complete in order to finish the game.

The Witcher 3 is one seriously lengthy game, especially if you try and complete all of the side quests and content, too. For those just wanting to know how far through the game’s main storyline they are, or just want to focus on getting the game finished, here’s the entire Witcher 3 main quests list, broken down by act.

Once you’ve completed that final quest, you’ll have finished all of the main story quests in The Witcher 3: Wild Hunt. That doesn’t mean you’re done, though, as you can always start the expansions, Hearts of Stone and Blood and Wine which offers hours upon hours more content.

There you have all Witcher 3 main quests. You can head on over to our Witcher 3 guide wiki for more tips, tricks, and information.