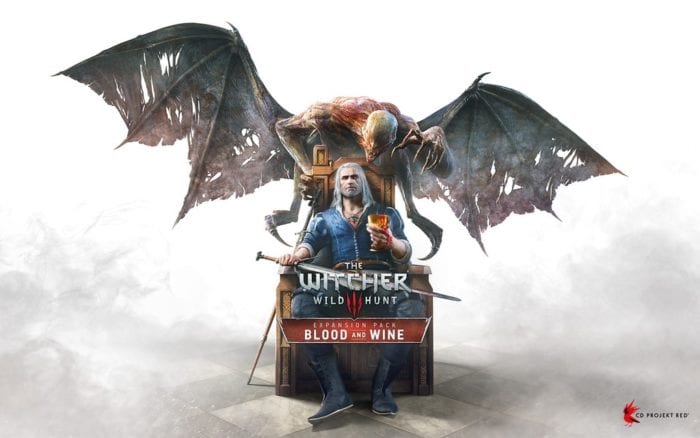 The Witcher 3: Blood and Wine on PC

Since its release back in May of last year, The Witcher 3: Wild Hunt has shown to be a game about choices – choices that not only affect immediate lives, but reverberate throughout the game’s world and well into its final chapters. The game’s first major expansion, Hearts of Stone, pushed the weight of morality to the forefront, demanding decisions without clarity between right and wrong. Blood and Wine once again grapples with choice in a decisive last hurrah, only this time, it’s those of Toussaint that take center stage.

Blood and Wine begins as most Witcher stories do: with a simple contract. Honorable knights are being murdered in Toussaint, a distant land untouched by war, rife with picturesque palaces, opulent vineyards, and a culture unlike anything seen in either Wild Hunt or Hearts of Stone. The region and its values are as beautiful as they are eccentric.

Geralt quickly discerns Toussaint’s troubles as the work of vampires, but that is only the tip of the narrative iceberg. The plot of Blood and Wine springs to life from actions made in a distant past by characters who refuse to see them forgotten. It is a tale of haunted youths, positions of power, and a dark series of events connecting the two. The past that guides Blood and Wine is not the property of just one individual, either. As I explored this new world, each character that crossed my path brought insight and possibility. The threads created by these people, their perspectives and stories intertwining with one another, are strings of vengeance, longing, betrayal, and forgiveness.

Those threads build not only Blood and Wine, but The Witcher 3 as a whole – fighting through betrayal to find acceptance, longing for vengeance against those who have done loved ones harm, and searching for balance among it all, whether it be through forgiveness or a lack thereof. As each new theme emerged through Blood and Wine, I couldn’t help but reminisce over the one hundred plus hours I had spent with Geralt on this final adventure.

At the very start, vengeance is the only clear motivation at hand, making the story seemingly cut and dry, much like how the base search for Ciri made the opening sections of Wild Hunt fairly simple. Following that singular thread provides merely a fraction of what transpires, each additional element arising with compounding clarity. Vengeance feeds into the need for acceptance which in turns feeds into a cycle of forgiveness. In some ways, the characters come across as over-exaggerated, but this is quickly balanced by the fairy tale quality of the world surrounding them. Each individual wholly embodies their theme, pushing their angst to the surface. I was along for the ride, feeling their agony and witnessing their brief moments of clarity against a fittingly surreal backdrop.

In a page right out of the Witcher book series, Blood and Wine goes as far as to incorporate classic fairy tales into the plot, making sure players are never too far removed from the reality of the base game. You move through dream-like palettes, gawking at the surface while, underneath, stories like those of Rapunzel or Goldilocks receive an almost Brother’s Grimm treatment. The expansion hides dark tones behind pristine walls in a way that fits stunningly into the core themes of the game.

Much more than a new story, though the narrative will more than satisfy fans, Blood and Wine overhauls gameplay with 100 new armor pieces, over 30 new weapons, new perks and skills, an armor dye system, a Skellige Gwent deck, and a range of new monsters and activities. The biggest of these additions, particularly for those who really dive into the RPG side of things, is the Mutation system. Mutations work similarly to mutagens, increasing the potency of a particular set of abilities (Combat, Signs, etc.), but they also add perks that help transform Geralt, allowing players to fine-tune their build. Tied to the Mutations is the Strengthened Synapse, a mutation that is powered up by unlocking other mutations. As the synapse grows stronger, players will gain access to up to four more ability slots.

I will admit, I was a bit worried when I first laid eyes on these new Mutation and Synapse systems. One of the elements that made Wild Hunt such a memorable experience is the challenge it presented to players. Adding more perks and skills to Geralt seemingly threatened the balance so expertly levied in Wild Hunt and Hearts of Stone. Luckily, CD Projekt Red knows their game very well. Players can only activate one of the powerful Mutations at a time, and Ability slots that are unlocked must contain a skill matching the color of the Mutation. That means you’ll have to grind quite a bit if you want to fill everything up, and by that time, you’ve earned the right to your advancement.

Menus have seen a much-needed upgrade, too. Each tab is well organized. Books now fall under your Glossary, no longer a wall of items to aimlessly search through. Certain inventory pages are further compartmentalized for clarity. I was definitely among those who found themselves lost in menus for far too long a time, making this update a welcome reprieve.

There’s also a Dynamic Point of Interest system in play through the land of Toussaint. Completing actions in certain areas tie into major Points of Interest, so that what you do in one instance may affect another. Did you happen to find a bandit stronghold? Clear it out, and the nearby camps and roads will be a bit safer for you and anyone else. It’s a subtle change that makes Geralt feel of much more consequence and the world a bit more alive.

Side quests add to Blood and Wine’s sense of life as well. As a smaller expansion, Hearts of Stone lacked meaningful side content, but here there is a full range of quests, from simple escorts to full on contracts, bringing Toussaint and its immersion up to snuff with the likes of Novigrad, Velen, and the Skellige Isles. The culture of this region is one-of-a-kind, and each quest allows the player to experience that, whether by assisting knights, hearing of old tales of honor and heroism, or hunting unheard of monsters.

Blood and Wine is the sum of its very well-executed parts, taking the best of The Witcher 3 and putting it brightly on display. CDPR has done an amazing job of creating something that builds so strongly on the foundation laid out last year, to the point that it feels grand and completely new. At one point, as I reached 20 hours of play, I didn’t even feel close to finished.

As the closing chapter for Geralt for the foreseeable future, Blood and Wine was a most beautiful send-off. There’s something oddly beautiful about the rainbows and butterflies set behind blood spatter painting the walls, the macabre pictures against lush purples, greens, and blues. The horrors within Toussaint are laid bare for those not content with its mysterious allure. One need only look beyond the flowers to find the corpses hidden among the bushes.

To spend my final moments here was quite fitting – the darkness lying just beneath a dazzling surface, the vast threads meeting to create either your happy ending or your bittersweet reminders, and the adventures small and large that led there. It has been a life well lived, and if there are to be no more adventures, then a villa in Toussaint doesn’t sound like such a bad idea.