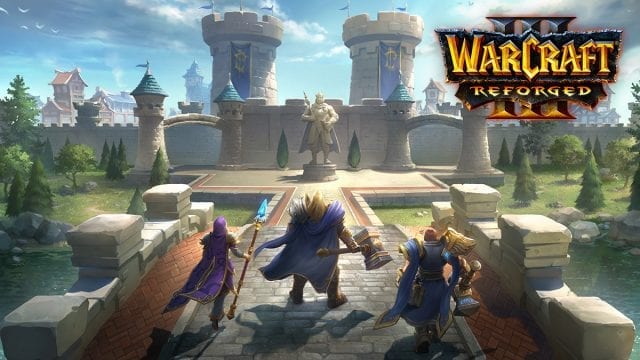 Blizzard’s Warcraft 3 Reforged marks the return of one of gaming’s most influential RTSs. Indeed, the original Warcraft 3 and its many mods, created thanks to its intuitive and accessible map editor, alongside StarCraft were responsible for evolving the entire genre in the early 2000s. The fruits of that scene are still available to play today in the new version, too. In fact, it’s expected to see a big resurgence now that Reforged is properly out in the wild. So here’s how to download and play custom maps in Warcraft 3 Reforged if you’re wanting to get on board.

In what has come as a slight disappointment to many players, Warcraft 3 Reforged really isn’t the full-scale remake that the “Reforged” subtitle would suggest. It’s more of a remaster, with the menus and UI almost identical to the original game.

What that at least means is that downloading and playing custom games is as easy and intuitive as it was back in 2002. To do so, you’ll simply need to navigate to the “Custom” tab from the main menu and either jump into a listed server or create a game yourself.

Unfortunately, it is worth pointing out that with the change in launch client, many of Warcraft III’s popular custom maps are no longer compatible. If you’re struggling to find/install/play a specific map that used to run on the older version, there’s a good chance that it’s suffered this fate and won’t work until either Blizzard updates the game or the maps are remade/updated to become compatible.

How to Download and Play Custom Maps in Warcraft 3 Reforged

Immidiately after entering the Custom menu, you’ll see a bunch of custom games that are already being hosted. The game description should tell you exactly what sort of game it is. Some games will be standard multiplayer on a custom-built map, while others might be totally different games altogether, such as tower defense.

Regardless of which game you opt to play, Warcraft 3 Reforged will automatically download the map if you don’t already have it. So no need to worry about installing maps to get involved — it’s automatic.

As for hosting your own game, you can indeed create a custom game and choose from a huge number of custom maps. After selecting “Create” you’ll see a list of standard Warcraft 3 maps, Frozen Throne expansion maps, and a folder containing a bunch of custom maps called “download.”

You can a map from any of these folders and the game will automatically download it and allow you to create a custom game of it. It really is that simple.

Here’s a recap of the process that is broken down into steps:

That should be everything you need to know about how to download and play custom maps in Warcraft 3 Reforged. For more tips and information on the game keep it locked to Twinfinite. We’ll have more coverage over the coming weeks as we dig into playing the game ourselves.

For those of you out there trying to tweak the game’s performance, you may be interested to discover how to see your FPS count in the game if you don’t already know.