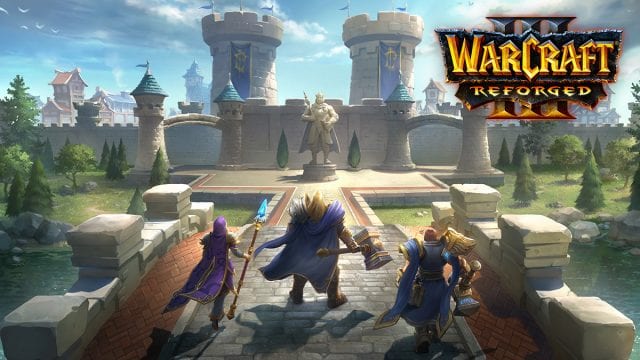 We might have just celebrated the start of the 2020s but it feels like we’re back in 2002 all over again: Blizzard’s anticipated remake of the iconic Warcraft 3 has us feeling more than a little nostalgic. It’s not all happy days, though, with many players reporting unstable framerates and wonky performance. So, for those busily trying to tweak the game’s performance and wanting to keep an eye on things, here’s how to see FPS in Warcraft 3 Reforged.

How to See FPS in Warcraft 3 Reforged

Returning Warcraft 3 players will immidiately feel at home with Reforged. It uses the same engine, of course, and the UI is almost identical to the original game. It’s probably not the full remake that many would have been hoping for, but at least it does mean that good ol’ fashioned console commands are easy to access and input.

Like many games of its era, Warcraft 3 allows you to punch in console commands to make changes during gameplay. Hitting return on your keyboard brings up the “message” or chat function, but this also doubles as a console.

To show FPS on-screen, you simply need to input “/FPS.” This will bring up an FPS count in the top-center of your screen.

Remember, your max FPS is whatever you have set it to in the options menu. You’re able to set it as high as 200 FPS, though it really doesn’t need to ever be set that high. In fact, you may want to lock at 60 for consistency unless you have a monitor capable of extreme refresh rates.

Here’s a recap in steps:

That should be everything you need to know about how to see FPS in Warcraft 3 Reforged. For more useful tips and guides on the game, keep it locked on Twinfinite as we continue our coverage over the coming weeks.