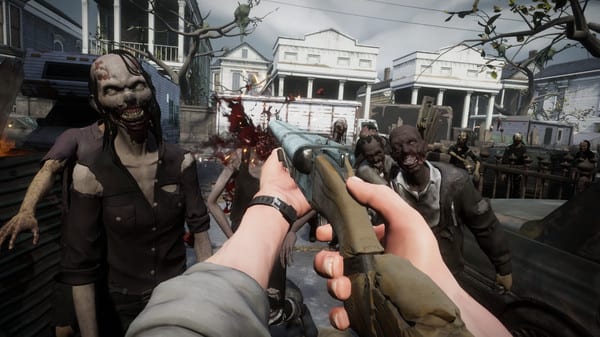 The first standout PSVR game of the year has launched and it is getting a pretty great reception. In case you’re wanting to pick it up to play on your PS4, here’s everything we know so far about the Walking Dead Saints & Sinners PSVR Release Date.

The game is available for PC virtual reality headsets (Vive, Oculus Rift, Vale Index) but a couple of the biggest headsets are still waiting. With it hitting an average score of 81 on Metacritic, PSVR owners will want to get their hands on it as soon as possible.

The game’s official website doesn’t give a huge amount away. The FAQ section, which answers which platforms the game is coming to simply reads:

“The game is currently set for a PC release on Oculus Rift and RiftS. Please follow our social feeds to be the first hear about platform announcements closer to launch.”

However, there is good news from elsewhere; the game’s Twitter page to be precise. Replying to a fan who asked whether the game was coming to Oculus Quest in March, they replied with the PSVR release window too.

As you can see from the tweet below, Walking Dead Saints & Sinners’ PSVR release date hasn’t been nailed down completely, but the developers are aiming for a Spring 2020 release date, which would mean that PSVR players don’t have too much longer to wait to jump in.

Oculus Quest players will have to wait a little longer though, with Saints and Sinners not coming to that headset until the end of the year.

That’s it for everything we know so far about the Walking Dead Saints & Sinners PSVR Release Date. For more on the game and all things VR, be sure to search for Twinfinite.