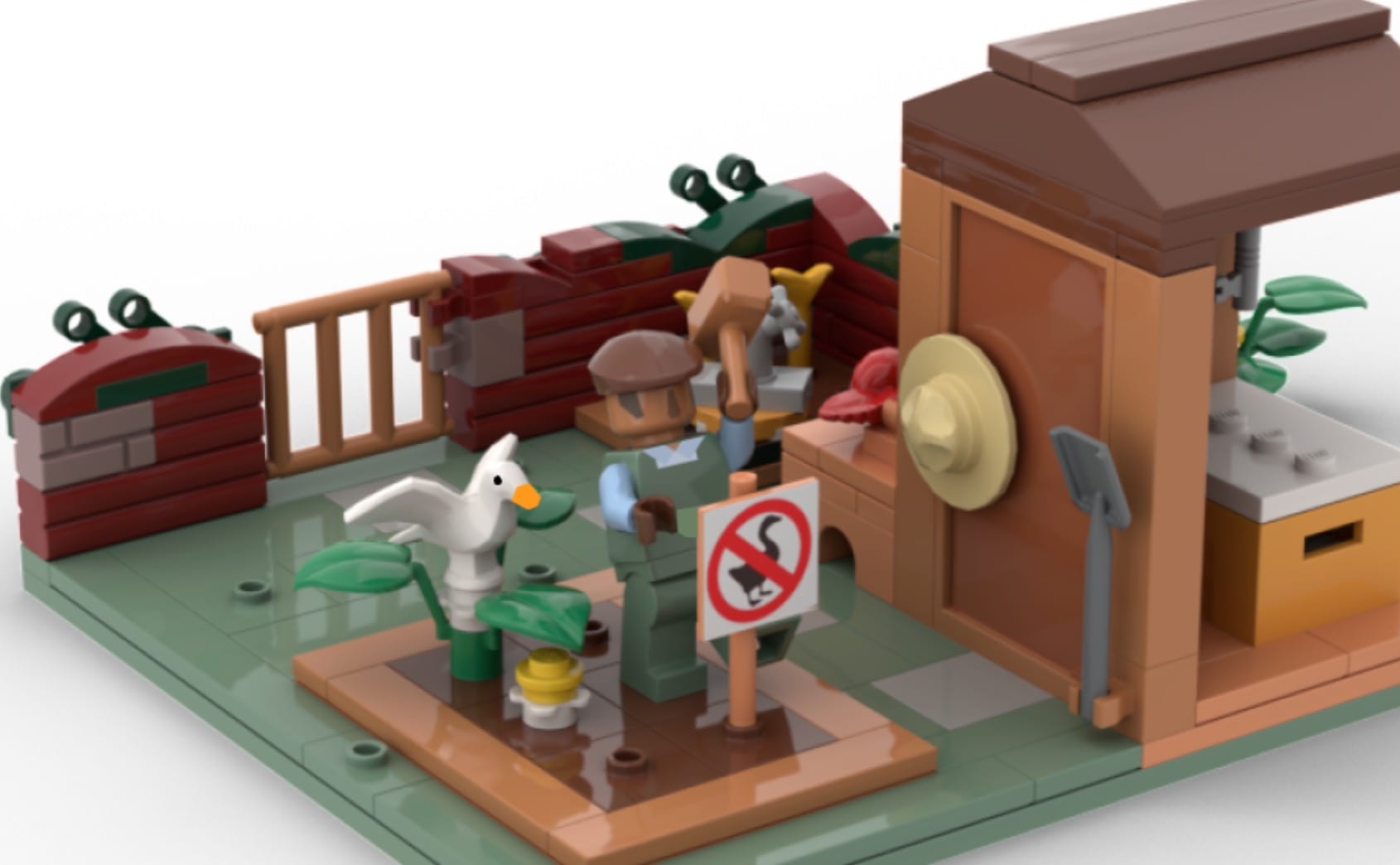 The Lego Ideas program lets creative users share their cool creations to enter a competition to possibly make their Lego sets into a real product that can be purchased.

A user that goes by ‘”A Fellow Player” has recently submitted an excellent Lego build that is based on Untitled Goose Game, the charming puzzler that released in 2019 that stole the hearts of everyone that has you playing as a terrible goose that messes with the citizens of a lovely, little town (credit to Kotaku for the story).

At the time of writing, the Lego project has reached over 2000 supporters and it’s only been live for a couple of days now. Once the project reaches 10,00 supports, it will then be officially submitted to the Lego team for approval.

However, just because a Lego Idea submission reaches that number, it doesn’t necessarily mean that it’ll become a real thing due to things like licensing. Considering Untitled Goose Game is a licensed title, there could be some issues getting it off of the ground.

But if you want to see this Untitled Goose Game Lego set come to life, make sure to go show some support to A Fellow Player. Who knows, maybe this build can one day sit on a shelf in your home or on your work desk.

Also, if you’re a fan of that terrible goose, you need to see this Dragon Ball Z: Kakarot mod –you won’t regret it.