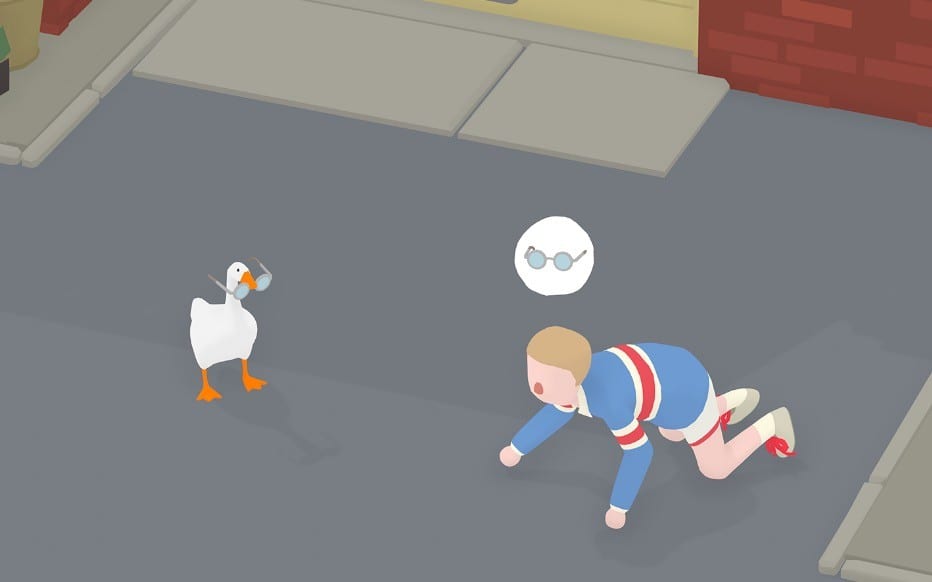 Just a little over a week ago, the world was graced with a certain video game. No, not a huge AAA title that involves looting and shooting like Borderlands 3 or an action-packed anime Dark Souls game like Code Vein, but a puzzle(?) game called Untitled Goose Game.

Untitled Goose Game allows you to play as the most corrupt goose that’s ever lived, throwing you into a tranquil town and letting you wreak havoc on its humble civilians.

There is even a designated honk button and another that lets you spread your wings open, with neither having a use except being able to gloat after making a kid trip by untying his shoelaces or trapping a shopkeeper in a garage.

After the game launched on Switch and PC, not only did the title receive favorable reviews but the internet has also become fixated with the starring goose and it has subsequently become a meme and these memes are simply astounding.

Some folks have even placed the goose into many different video games, such as Super Smash Bros. and The Last of Us Part II Goose.

We’ve rounded up some of our favorite ones that we’ve come across on Twitter down below! Enjoy and prepare to have a honking good time!

I wouldn’t even try to change its mind.

And he will waddle you to the death!

Nobody touches Link’s sword and shield, nobody!

The Goose Game has taken a dark turn…

The end to Naughty Dog’s trilogy…

HE NEEDS THAT TO FIGHT.

I’m terrified to see Peachette fused with this goose.

As long as he doesn’t take my tacos, that’s all I care about.

No sign in the world will stop the goose.

For more on Untitled Goose Game, stick with Twinfinite.