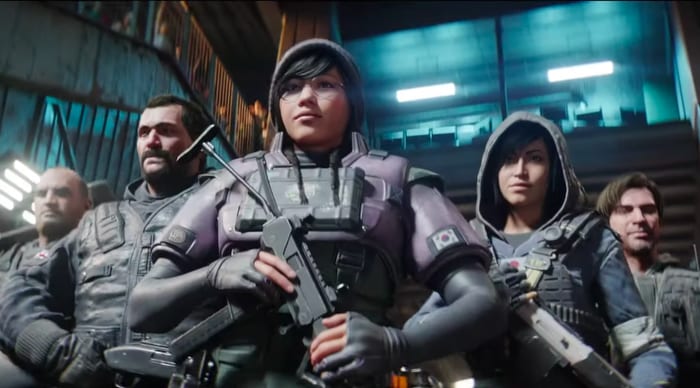 Ubisoft has released a new trailer in anticipation of this year’s Rainbow Six Siege Invitational, and it aims to capture the competitive spirit of those looking to enter the event.

Streamed on Jan. 14, the cinematic trailer is set qwithin the game’s universe and shows Harishva “Harry” Pandey – otherwise known as the current “Six” – speaking on how operatives can properly prepare for any scenario.

His solution is for them to compete against one another in “the Program,” a sports-esque event held in a stadium. Through it, operatives will gain experience in siege situations from those who are best at anticipating and reacting to any given type of situation.

The trailer then moves into clips of different teams preparing for the festivities. Some engage in physical training while others plan out their strategies, each giving their all so that they might take home the title of best team.

It all culminates in these teams meeting one another at the aforementioned stadium, with tensions running high and each team out to prove they’re the best of the best.

It’s an interesting spin on building anticipation for the live event, which is currently slated to kick off Feb. 7, 2020 in Montreal, Canada. Fans of Rainbow Six Siege, whether they plan on competing or not, will want to view the full trailer for themselves down below.

Rainbow Six Siege is currently available on PlayStation 4, Xbox One and PC. For more on the game, check out these recent trailers detailing the Shifting Tides’ operators and what they bring to the table.

Likewise, for more on the upcoming Rainbow Six Siege invitational, check out the official announcement from the game’s official website. There, you’ll find all of the info you’ll need on how to sign up for the event, where to watch it if you can’t attend and much more.