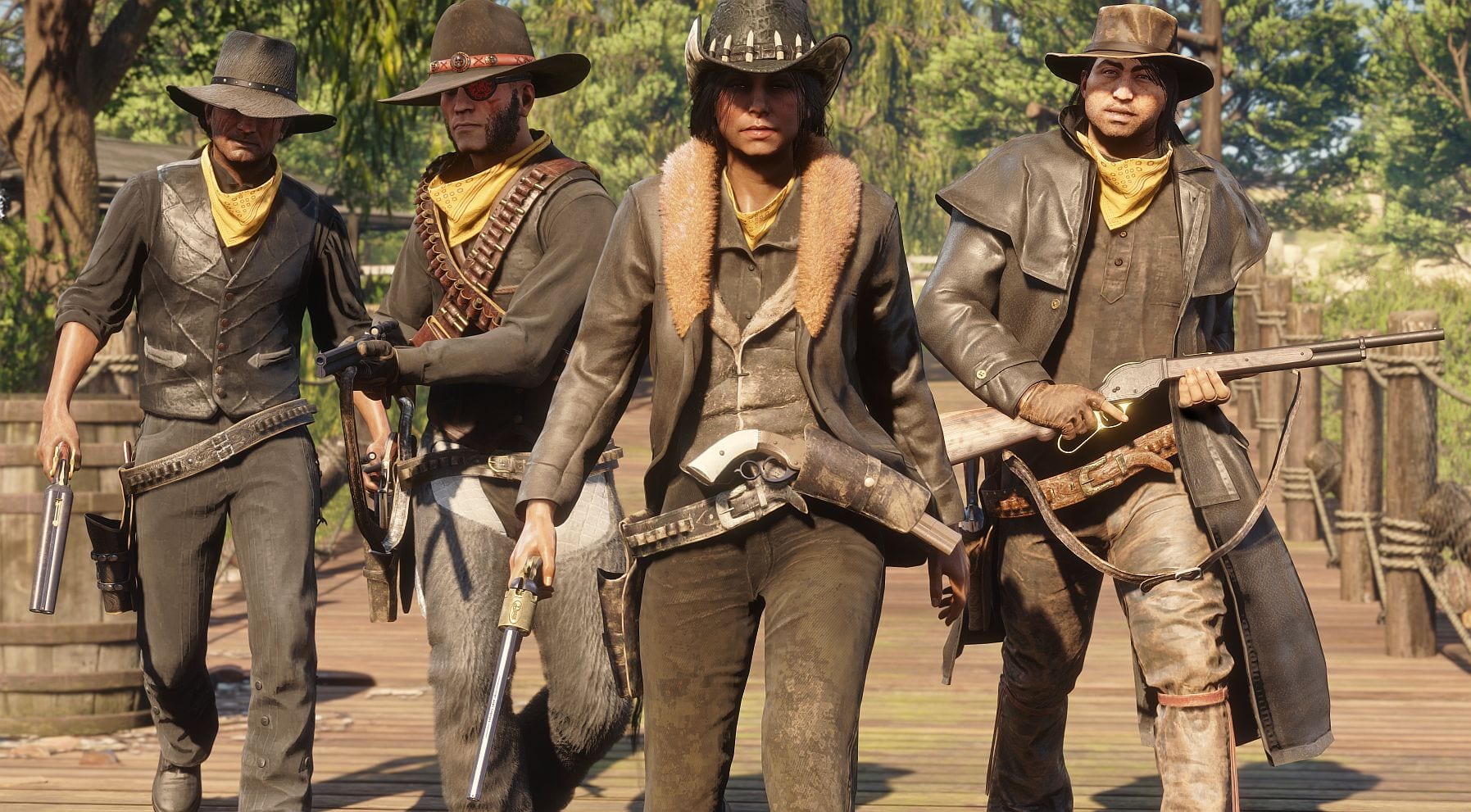 Rockstar Games has reported that this past holiday season was record breaking for both of its online titles, and they’re extending bonuses to both games’ player bases to celebrate.

In a post to the developer’s official website, it was revealed that both Grand Theft Auto Online and Red Dead Online saw some of their highest player numbers to date during the most recent holiday season. In the case of Grand Theft Auto Online, the surge outdid records broken only a few months earlier in the year.

“After breaking records for daily, weekly and monthly average players in July and August consecutively following the release of The Diamond Casino & Resort, the December launch of The Diamond Casino Heist broke even those records, bringing players back in bigger numbers than ever before over the holiday period,” the post reads.

As for Red Dead Online, the uptick in player count came shortly after the launch of the Frontier Pursuits feature, which players coming to the game to become Bounty Hunters, Traders, Collectors, or a mix of the three. This was only boosted by the addition of the Moonshiner role, which led to an uptick in player numbers in December and January.

In celebration of these accomplishments, Rockstar is currently extending the chance for rewards to all players of Grand Theft Auto Online and Red Dead Online free of charge.

Red Dead Online players, meanwhile, will have two windows of opportunity to grab items free of charge just for signing into the game.

Those that play between Jan. 28 and Feb. 3 can get a free Schofield Revolver, and Varmint Rifle as well as the Devastating Ammo Bundle, which includes 100 Split Point revolver ammo, 100 High Velocity pistol ammo, 100 Express repeater ammo, 100 Slug shotgun ammo, and 20 Explosive rifle ammo.

After that, players can sign in anytime between Feb. 4 and Feb. 10 to get a free Bounty Hunter license and some gear to help them along in the role’s quests.

Rockstar then wrapped up their post with a tease of what was to come for both games in the coming year.

“Next up for GTA Online is the addition of an open wheel racing series featuring all new vehicle types – with tense, high speed, track-based racing where tight cornering, tactical tire choices and perfectly timed pit stops make every second count. Plus, expect more big updates and a few surprises as we move forward into the year,” the post reads.

“As we have hinted at in the past, the world of Red Dead Online will also continue to grow in 2020 as we expand the concept of Frontier Pursuits with additional roles, new missions and many more significant updates to come.”

Grand Theft Auto Online and Red Dead Online are both available on PlayStation 4 and Xbox One and PC. For more on additions made to both games, check out GTA Online’s New Year’s content as well as all the reveal details for Red Dead Online’s Moonshiner role.