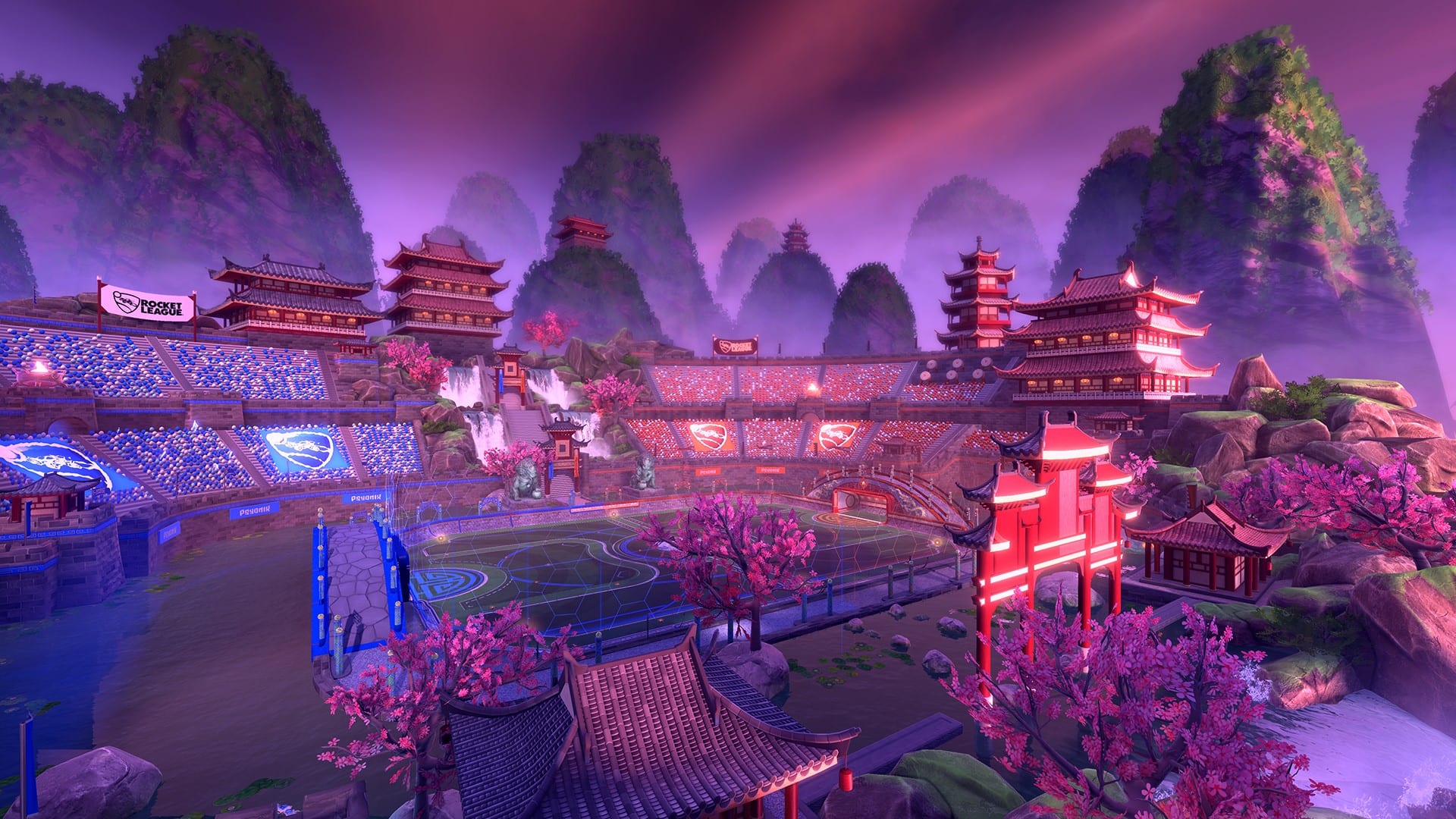 The Lucky Lanterns event offers a lineup on exclusive in-game items themed after the Lantern Festival. Players can earn “Red Envelopes” by completing online matches, which can be redeemed for cosmetic items such as the Paper Dragon Topper, Fortune Wheels, or used yo unlock Golden Lanterns.

Golden Lanterns contain items from the Impact, Overdrive, and Victory crates, which do not exist anymore after Rocket League replaced the crate system and were converted into Blueprints last December.

The game’s item shop will have other unique themed items available to purchase. Players can receive a free item just for logging in during the event.

The event also adds a new arena called the Forbidden Temple Arena, which can be seen above in all its purple and pink glory.

Lucky Lanterns begins Monday, Jan. 20 at 1 p.m. ET and ends Feb. 10 at the same time, though Red Envelopes can be redeemed until Feb. 13.

Rocket League is now available for PC, PlayStation 4, Xbox One, and Nintendo Switch.

Update: The initial announcement from Psyonix said that Golden Lanterns contained items from Champions Series 1, 2, and 3 was an error on the developer’s part. The announcement and our article have been updated with the correct information.