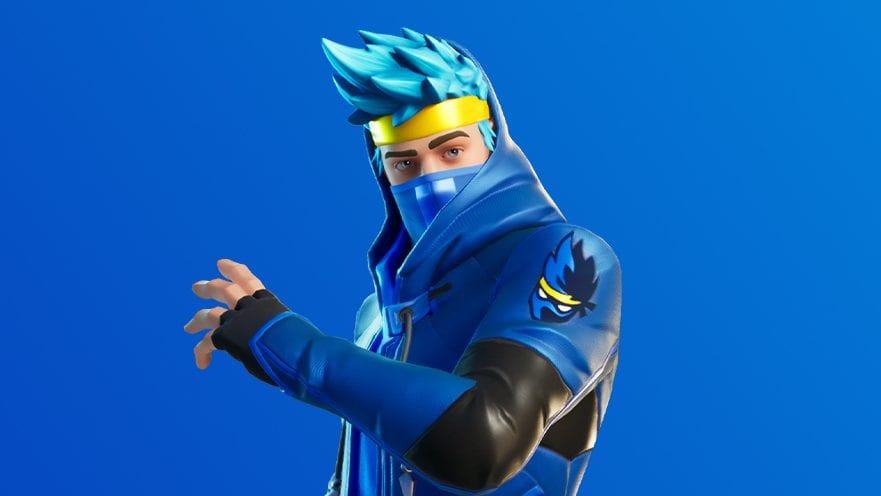 Tyler Blevins, a.k.a Ninja, is the world’s most popular and streamer, a distinction that he’s earned while streaming Epic Games’ hugely successful Fortnite Battle Royale. Like two peas in a pod, the personality and the game have helped drive each other’s success over the past two years. It was only a matter of time before he was given his own skin, wasn’t it?

Ninja Tweeted earlier today that his “dream” has finally become a reality:

I’ve dreamt of having a skin in Fortnite since I started playing the game. Today, my dream becomes reality. Get the Ninja Fortnite Skin in the Epic store Thursday 6 p.m. CST-Sunday 7 p.m. Don’t forget to use code NINJA! #NinjaSkin #EpicPartner pic.twitter.com/xTn9UlbkGI

As you can see, the skin depicts Ninja wearing a blue hat, jacket, and trousers. There will apparently be four different color options, and you’ll also have a couple of different back bling options, too, including dual katanas.

The skin will be available as a premium download from tomorrow, Jan. 16, as part of the new Icon Series. You’ll only have three days to grab it before it disappears from the store, though. There’s no word yet on the price, but 1,500-2,000 v-bucks is probably a good guess.

News of Ninja’s skin follows on from that of update V11.40, which adds a new “Sidegrading” mechanic that allows players to change assault rifle types in non-competitive play modes. Also, there are a number of balancing adjustments and bug fixes are also included. Full patch notes can be found here.