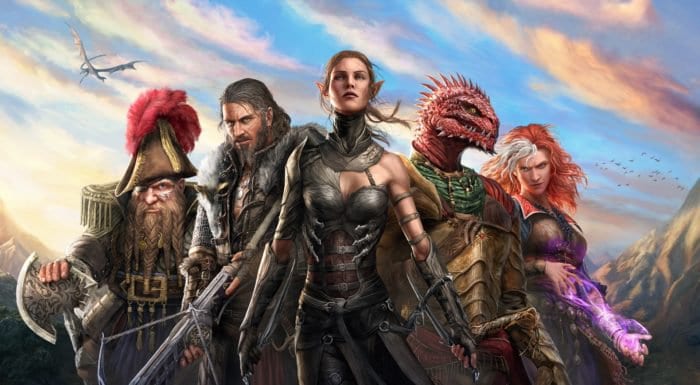 Even though Larian Studios is hard at work on the upcoming and highly anticipated Baldur’s Gate 3, the company still has enough time to improve one of the best RPGs of recent memory, Divinity: Original Sin 2. Or make it easier, depending on how you look at things.

Earlier today, Larian released the fourth gift bag for Original Sin 2: Sourceror’s Secrets. This bit of DLC doesn’t provide any new story tidbits —not that you need any for this 100+ hour game— but it does include some new optional features that will help you on your quest.

The first goodie in the gift bag is From The Ashes, which automatically resurrects characters when using a bedroll. Originally, your options for bringing back dead characters were fairly limited; they primarily used valuable Scrolls of Resurrection or the rare Glowing Idol of Rebirth. But From The Ashes takes a bit of the sting out of death. Given the game’s difficulty, this is quite advantageous.

Gift Bag 4 also gives bedrolls yet another benefit: Source Meditation. Just sleep in a bedroll to regain all your Source Points. In Divinity: Original Sin 2, Source Points are consumed to cast Source Skills (some of the most powerful abilities in the game), so they were originally supposed to be scarce. Source Meditation, just like From The Ashes, can help mitigate some of Original Sin 2’s more difficult challenges by basically providing free magical nukes.

The third gift, Divine Talents, is just as it sounds: new talents to pick during character creation or respec. Just what are these talents? You will have to play the game to find out, unfortunately.

The gift bag’s final goodie is Spirit Vision, which increases the range of the Spirit Vision Source Skill and makes it last forever. As with the other gifts, this just alleviates some of Original Sin 2’s difficulty since you don’t have to worry about constantly spamming the skill. Cast one and you’re done.

As with other gift bags, Gift Bag 4 is absolutely free and togglable via the in-game menu. Want the bedroll to resurrect allies but not restore Source Points? Just turn on From The Ashes and deactivate Source Meditation; you are free to make your Divinity: Original Sin 2 run as difficult as you want.

The free Gift Bag: Sourceror Secrets DLC is currently available for all versions of Divinity: Original Sin 2 and rolls over to all your save files.