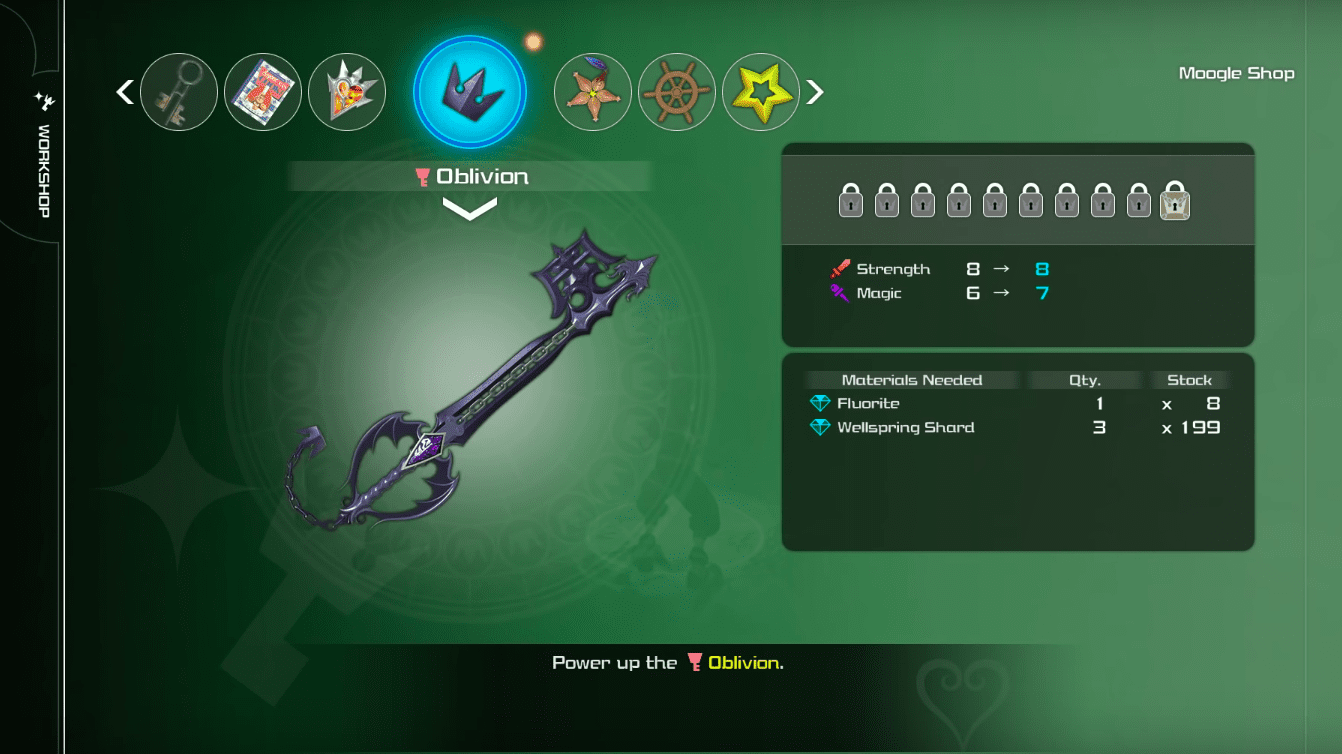 Kingdom Hearts 3 has gotten some free content in anticipation of its ReMind DLC’s launch, but it can be a bit tricky to figure out how to get it on your own. That’s why we’re here to walk you through how to get the Oblivion Keyblade in Kingdom Hearts 3 ReMind.

Each has their own requirement to unlock them, though, and you’ll need to complete said requirement before you can get your hands on the iconic weaponry.

For the Oblivion Keyblade, that means completing the game on the Critical difficulty mode. This means you’ll need to revert to an old save from before you defeated the final boss and beat him again after the latest update has been downloaded; or, if you haven’t beaten Critical mode yet, that you need to start a new game and complete the ordeal at your leisure.

Once you’ve completed either method, you’ll be gifted with the Proof of Times Past item, which you can then exchange at any Moogle shop for the Oblivion Keyblade.

How Strong is the Oblivion Keyblade?

As for whether or not it’s worth it to complete Kingdom Hearts 3 on Critical for this new Keyblade, we’d be hardpressed to say that it isn’t.

In addition to being exceptionally powerful compared to almost every other Keyblade in the game, Oblivion Boasts the Dark Form ability which improves its damage potential even further with Darkness-based attacks.

Toss in the fact that the form allows you to dual-wield both Oblivion and Oathkeeper when brought up to its highest level, and you’ve got a Keyblade fans will have ample reason to want in their arsenal.

In short, to get the Oblivion Keyblade in Kingdom Hearts 3 ReMind

Hopefully this cleared up how to get the Oblivion Keyblade in time for Kingdom Hearts 3’s ReMind DLC. For more on the game, check out our full review of the base game or search for Twinfinite.