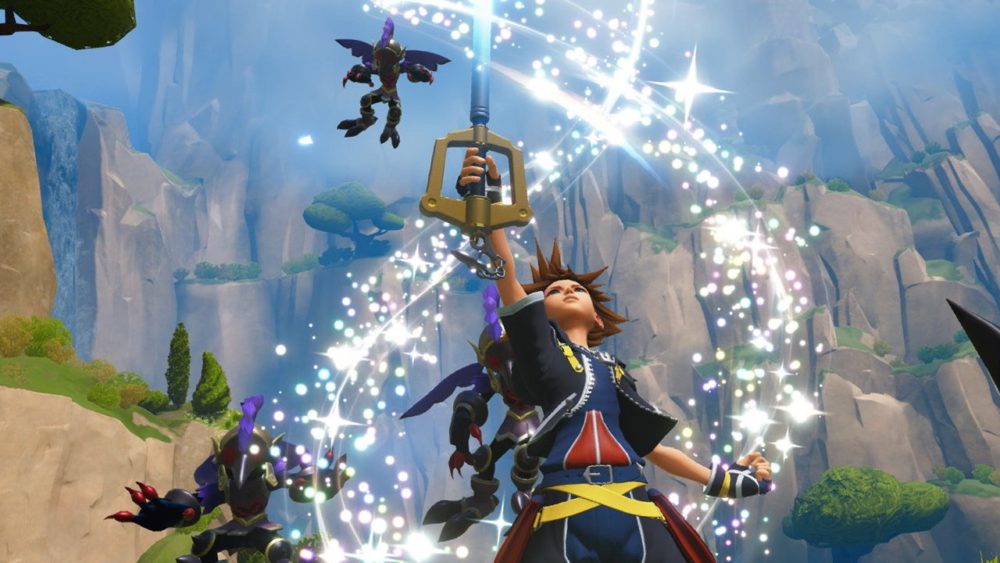 Kingdom Hearts 3 released this past January to critical acclaim and impressive sales, but if there’s one thing that fans had a problem with, it was the difficulty.

Kingdom Hearts 3 is pretty much a breeze on normal difficulty, and ever since release fans have been waiting for Critical Mode, the infamous hardest difficulty of the series. Now that it’s here, boy does Kingdom Hearts 3 feel like an entirely different game.

Just for some context, I died a whopping total of once in my playthrough of the game for review. Starting up Critical Mode, I died at least five times before even finishing Olympus. While this sounds intense, Critical Mode doesn’t feel unfair, it just requires much more from you as a player.

Enemies hit much harder, and some of their behavior has even been altered, making them smarter in combat. Whereas you could get away with taking blows in the other difficulties, in Critical it’s essential that you avoid damage as much as possible.

Now more than ever you really have to learn how to dodge properly, the correct timing for blocking, and how to link combos into all of that. It’s the ultimate test of your Kingdom Hearts skills, and will, no doubt, require tons of practice.

The brilliant thing about Critical Mode is that it’s much more than just doing less damage and taking more damage. New Abilities let you fine-tune the gameplay to a greater degree, like being able to take away the use of Attraction Flow, but have that gauge still help fill your Formchange meter.

Of course, the heightened experience of Critical Mode applies to much more than just being in combat. You also need to be much smarter about how you set up your Abilities, and what equipment you put on each character.

In the past you could get away with equipping pretty much whatever on each character, but you really need to double-down on stats in Critical mode and specialize each character. Donald and Goofy can die super quick so you want to make sure Goofy is hugely specialized toward defense, while Donald has high MP to keep restoring your party.

Just like Sora’s equipment, you’ll need to carefully choose equipment for Donald and Goofy. The other added bonus of Critical Mode, is that you have much more of a reason to use food made in Little Chef’s cafe.

These stat boosts can be essential, especially during tough boss fights. I never found much reason to use food my first time through the game, but you better believe I’m taking full advantage of it now.

Every encounter in Kingdom Hearts 3 now feels like a desperate struggle, but one you can still overcome if you play smart and focus on stopping/avoiding damage.

Square Enix and Tetsuya Nomura’s team have done a fantastic job of fine-tuning Critical Mode to be a truly unique experience, much more than just damage buffs.

After just a few worlds in I’ve died countless times, and honestly, I shudder to think about the gauntlet of boss battles at the end of the game. Still, Critical Mode is an absolute blast, and one of the best gaming challenges I’ve had in years.