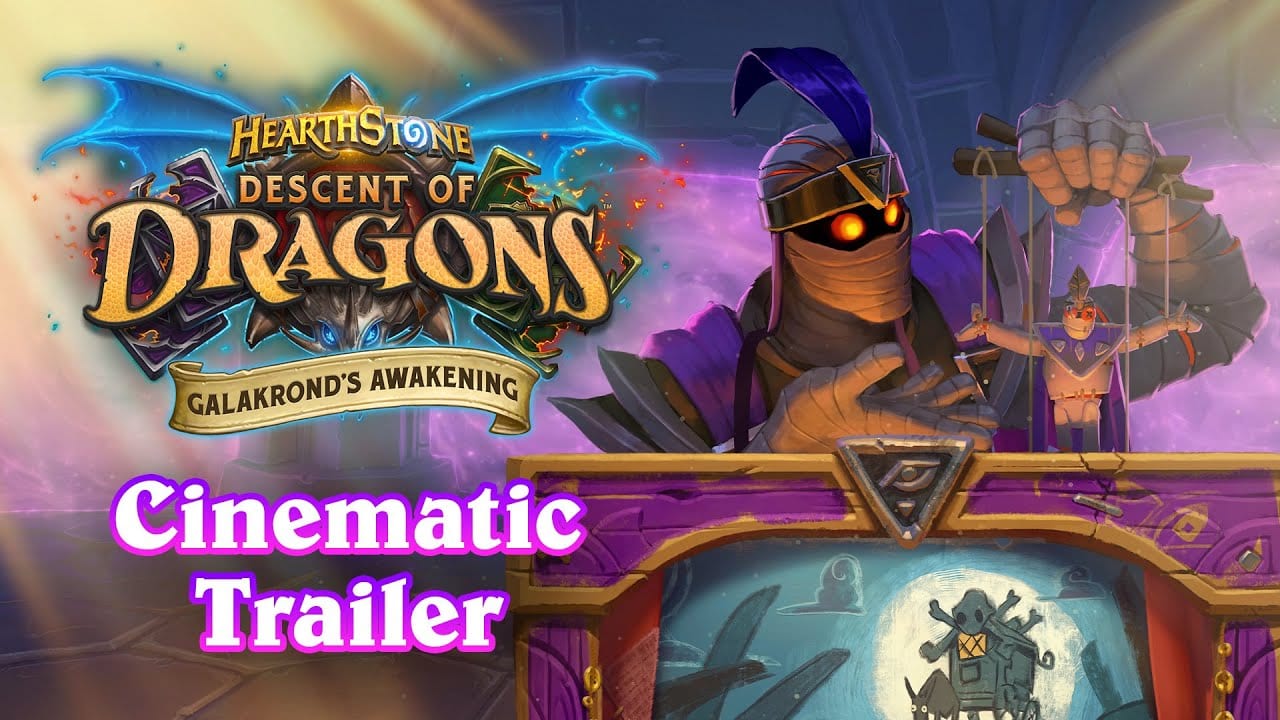 Descent of Dragons‘ solo campaign has been revealed in a new trailer this week. It’s called Galakrond’s Awakening and it’s set to conclude the Year of the Dragon storyline. The first of its four installments, Battle of the Frozen Coast, will be available to play from Jan. 21, and will cost $6.99 or 700 in-game gold. Players can purchase the complete bundle for $19.99.

The campaign’s design marks a return to the Solo Adventure format that takes players with defeating a series of boss encounters with pre-built decks to earn 35 new collectible cards.

Galakrond’s Awakening’s story is spread across two campaigns: one in which players fight as the League of E.V.I.L.’s Archvillain Rafaam as he plots to resurrect Galakrond; and another in which they’ll attempt to foil the League’s plans as the intrepid League of Explorers.

Completing both will subsequently unlock Heroic mode, which allows players to take on harder versions of the boss fights with their own PvP decks.

“The Year of the Dragon has been a dynamic and exciting one for Hearthstone, with a series of meta-shifting expansions, an ambitious year-long story, and a rapid cadence of new features and updates that have fundamentally evolved the game.

Galakrond’s Awakening will bring the story we’ve been telling in the game all year to an epic and fitting conclusion, and we can’t wait to share it with everyone.”

For a limited time, players who pre-purchase the bundle will receive a Golden Classic Pack in addition to the full Adventure.