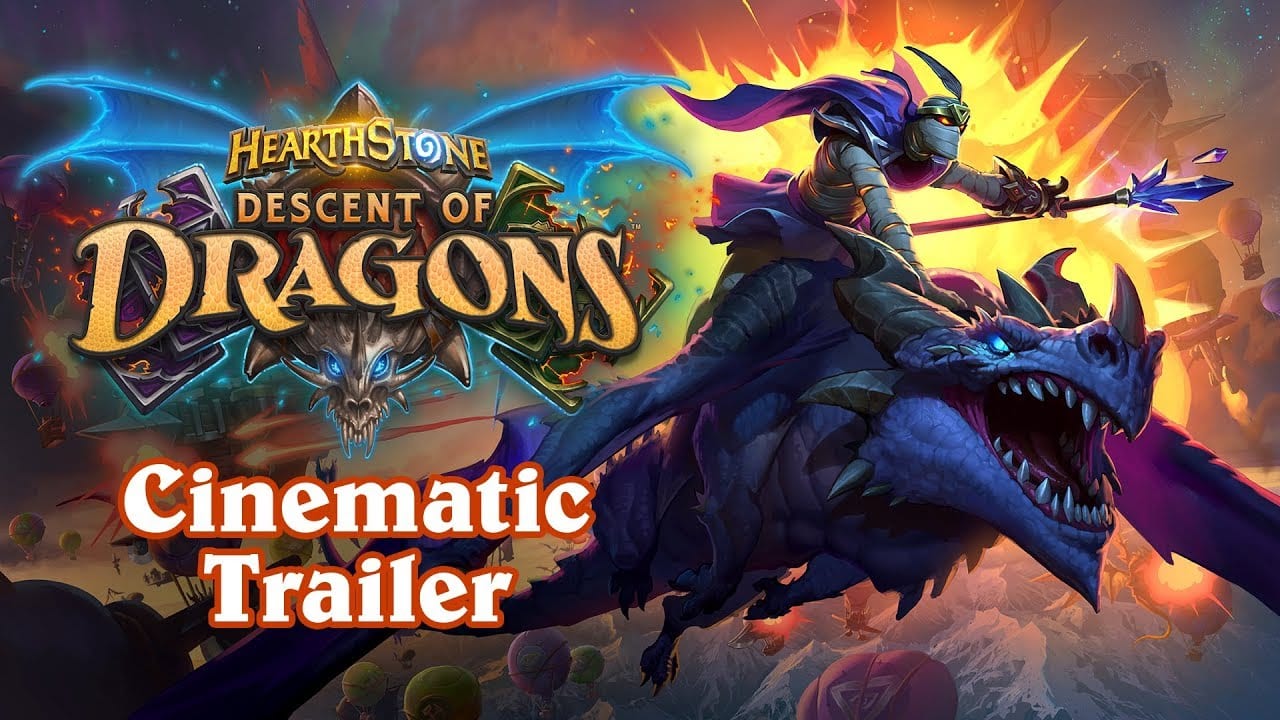 There’s a new expansion coming to Hearthstone called Descent of Dragons, Blizzard has announced today from Blizzcon 2019. As we discovered in a new trailer that had a very Flash Gordon feel, the latest expansion will feature Galakrond as the special hero card.

Galakrond replaces your own hero when he’s played and he has a particularly powerful hero ability of his own. Galakrond has three forms via an invoke ability, which upgrades Galakrond to unleash double or triple the firepower. This invoke ability, we’re told, will occasionally show up on some neutral cards as well.

You can check out the new Descent of Dragons trailer below.

Players who log in to the Descent of Dragons expansion when it launches will receive all five Galarkond legendary hero cards for free. All heroes in Hearthstone will also receive a legendary dragon of their own.

Hearthstone has, unfortunately, been in the spotlight recently for all the wrong reasons after a fiasco involving a player from Hong Kong who was punished for voicing his political beliefs. Blizzard did issue an apology during BlizzCon 2019, but it was somewhat tame.