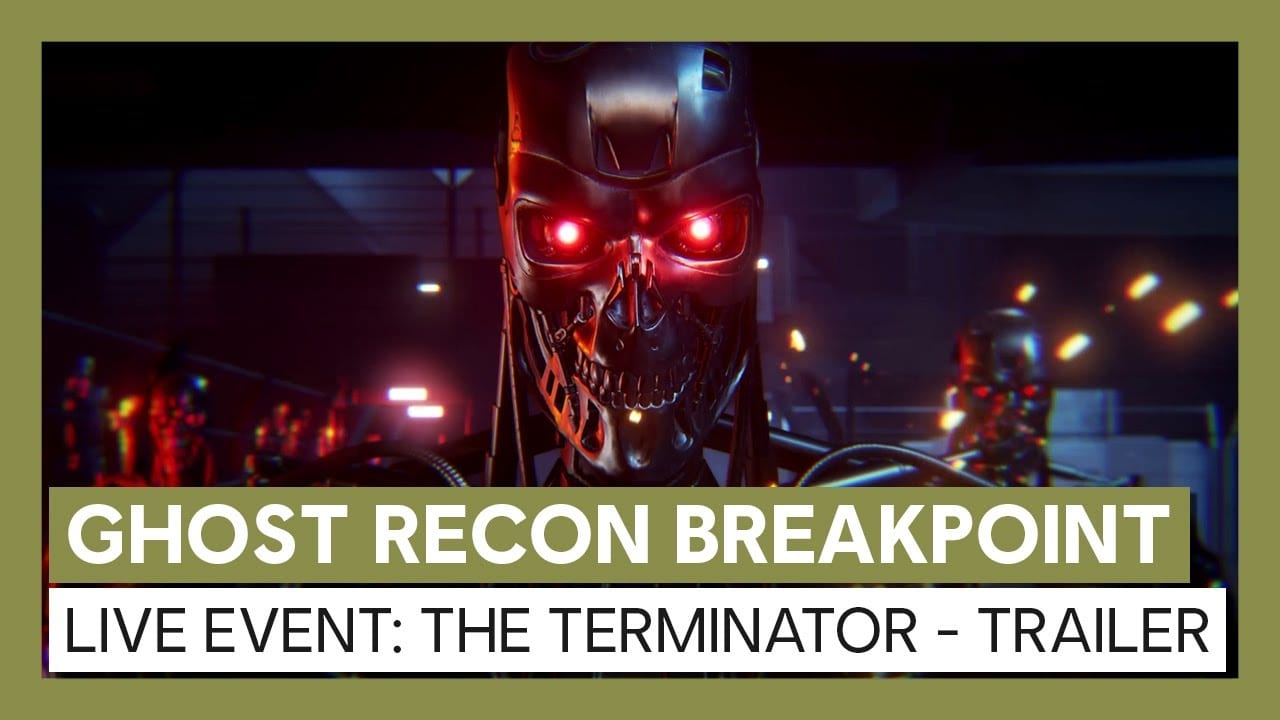 There’s a deadly –and somewhat random– new threat coming to Auroa in the shape of the iconic T-800. Following a new partnership with Studio Canal, Ubisoft has announced that The Terminator will come to Tom Clancy’s Ghost Recon Breakpoint. The free live event, which launches from tomorrow across all platforms, will feature multiple mission settings, enemies and dialogues inspired by the original 1984 The Terminator movie.

The event will be playable in either solo or co-op and takes place across two different story-driven missions, during which players will have to rescue and partner with Rasa Aldwin, a woman who has traveled to Auroa from the future in an attempt to thwart the Terminator. During the two missions, players will travel to an entirely new location.

The first mission is available from tomorrow, Jan. 28, while the second arrives later on Feb. 1. In addition to the two missions, there are daily warfare and interception missions that challenge players to take out T-800 cyborgs.

The completion of both missions earns players exclusive Terminator-themed rewards, including the movie’s iconic punk outfit, as well as Terminator weapons and vehicles. There are also a bunch of customization options that allow players to transform their Ghosts into the movie’s protagonist Kyle Reese.

The Terminator Event forms part of Breakpoint’s Episode 1 of post-launch support, following on from the series’ first-ever raid and a series of updates — one of which, Update 1.1.0, was delayed but just went live yesterday. Here are the full patch notes from the game’s official forum.