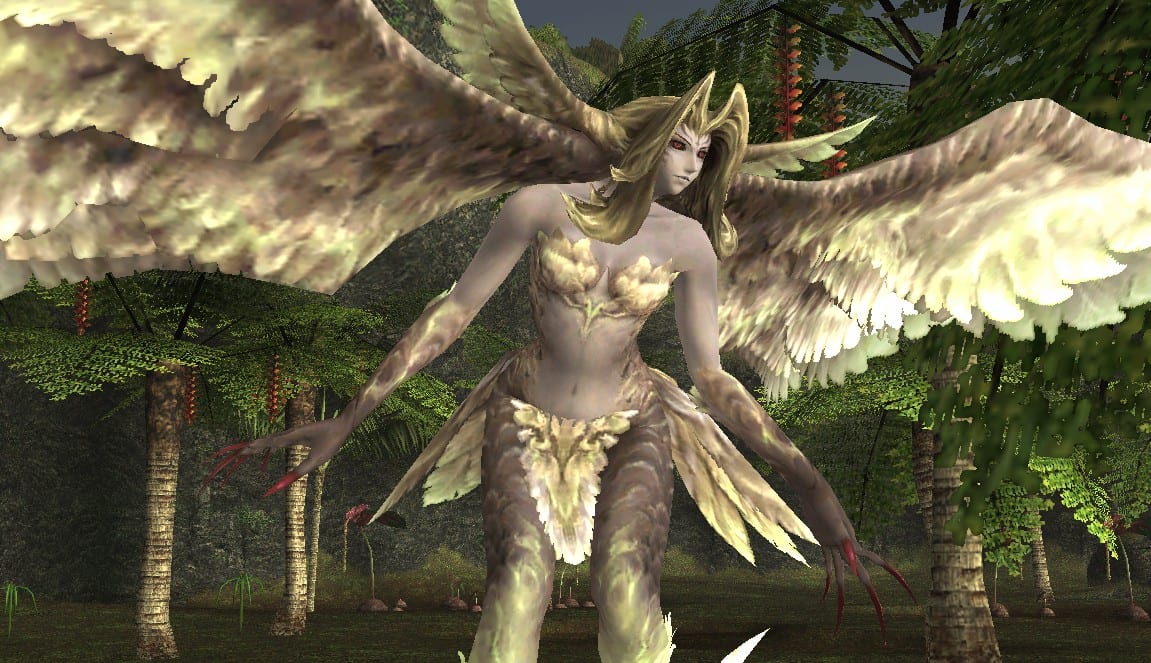 It’s been a long time since summoners in Final Fantasy XI got to actually summon something new. Over half a decade but who’s counting *twitch.* Finally though, the teased Siren avatar will finally be updated into the game and become obtainable after the February version update.

Unlike their counterparts working on Final Fantasy XIV though, the developers of Final Fantasy XI keep things far more closer to the chest. So the details on what kind of summon Siren will be like is completely unknown. Right now the update is scheduled for “early February” and will also feature a new notorious monster in Domain Invasion.

Some fans are speculating a Bard-like support summon based on how Siren is depicted in Final Fantasy XI (quite an important character surprisingly), but your guess is as good as theirs or ours.

The update will coincide with ongoing player campaigns designed on catching players up quickly be it with better gear, or increased EXP and Capacity Points (CP).

Despite being overshadowed by its younger brother Final Fantasy XIV, Final Fantasy XI continues to truck along as a PC-only game and receives regular updates each month as it gears up for a big surprise in a few years for its upcoming 20th anniversary.

Lately the development team has been focused on revisiting all of the game’s jobs and trying to tune them up with much needed updates. Summoner was already in a pretty good spot, and adding Siren is just a cherry on top.

If you’re a former or current Final Fantasy XI fan, it’s worth noting that there will be an official fan meetup this year at PAX East, if that’s something you’re interested in attending or at least following. We’ll be there and will be sure to report back on anything at note that comes from the event or the Q&A set to take place.