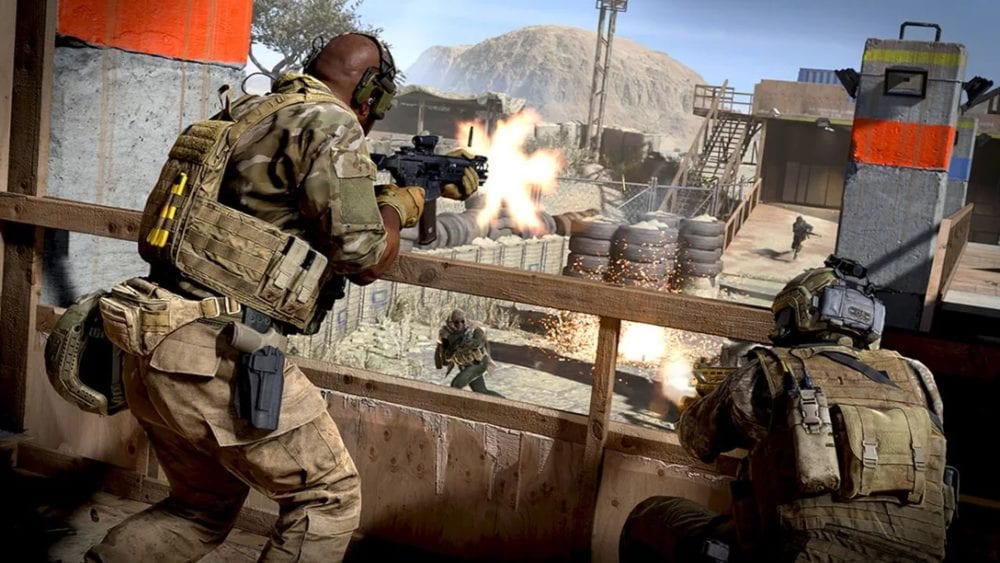 A small update for Call of Duty: Modern Warfare went live that changes some of the multiplayer playlists and balances a few weapons, including one that was recently added.

The Crossbow weapon that was introduced to the game last week received a nerf that decreases its power against enemy killstreaks. Before the update, the weapon could take down an enemy Support Helo with three bolts. Now it has been changed to six shots for a Support Helo or Chopper Gunner, and five to take down a VTOL killstreak.

Other weapons that received changes include a reduced headshot multiplier for the MP5, small damage and range decrease for the M4, and an increase in range and damage for the M13.

The Call of Duty: Modern Warfare update also changed some of its multiplayer playlist, such as adding Deathmatch Domination and Gunfight Custom that lets players use custom classes in the mode.

Shipment 24/7 returns which is just a playlist of different game modes on the remastered Shipment map from 2007’s Call of Duty 4: Modern Warfare. The update even tunes the spawning on the map “to reduce the frequency of instant deaths and spawn traps” since it is a very small map.

Check out the rest of the changes in the official patch notes.