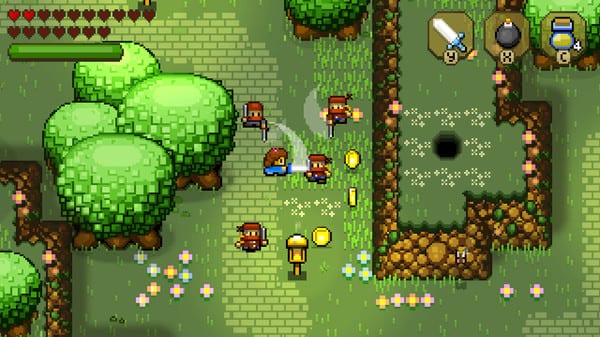 Publisher FDG Entertainment has shared on Twitter that Blossom Tales: The Sleeping King, the Zelda-like indie adventure, has sold over 100,000 copies on the Nintendo Switch.

The game was released on the Switch approximately two years ago in Dec. 2017. We previously knew that it sold more copies on the Switch in a single day than it ever did on Steam, but this new sales number is an important milestone.

Selling 100,000 copies is certainly a big achievement for any indie game, but it has special significance for the Blossom Tales team.

The game did not start to see promising sales numbers until the developer Castle Pixel brought the game to the Switch. In fact, Castle Pixel nearly went bankrupt after the game released on Steam.

It a good thing that Castle Pixel took a risk and developed Blossom Tales for the Switch after the sales on Steam weren’t as high as they expected. The game is full of charm.

The plot is told through a grandfather’s bedtime story to his grandchildren. The player takes on the role of Lily, Knight of the Rose, as she fights to save the Kingdom of Blossom from a dark threat.

The game features roughly 15 hours of explorable dungeons, tough bosses, and unique items, not unlike a certain legendary game that most people are more familiar with.

A physical copy of Blossom Tales recently went up for pre-order through Limited Run Games, though it sold out very quickly. So if you are interested in checking out the game, you can buy it digitally on the Nintendo Switch or on Steam for $14.99.