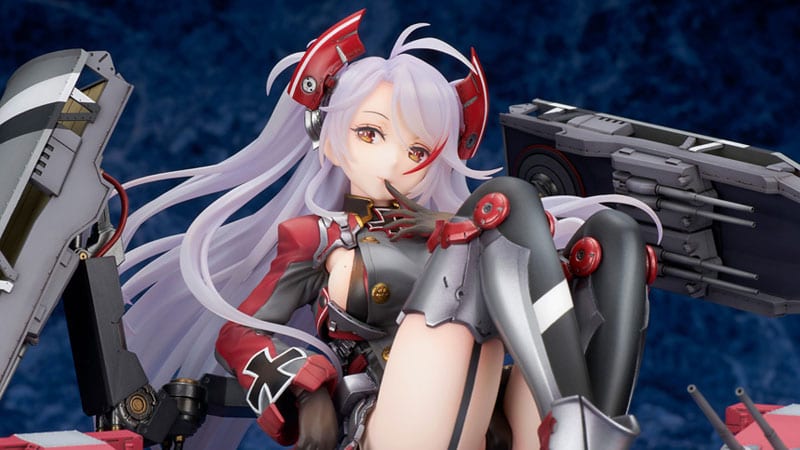 The popularity of Azur Lane has been growing a lot in Japan, so it’s unsurprising that more and more figure of its shipgirls are revealed in the country.

This time around, Alter made a brand new Prinz Eugen figure available for pre-order, and you can find it on AmiAmi for 39,500 yen.

That’s actually still a bit more affordable than the 41,580 yen list price, which would translate into $380.

The price isn’t unjustified considering that she’s pretty big (270 mm including the rigging, due to the 1/7 scale) and very detailed.

Like most high-end figures, the lead time before it’s actually delivered is absolutely massive, and she will ship in April 2021. Yes. That’s over a year from now.

You can check out a few pictures below to see what she looks like.

In the meanwhile, if you’re interested in Prinz Eugen, her 3D version was just presented earlier today with new screenshots of the upcomng PS4 and PC game Azur Lane: Crosswave.