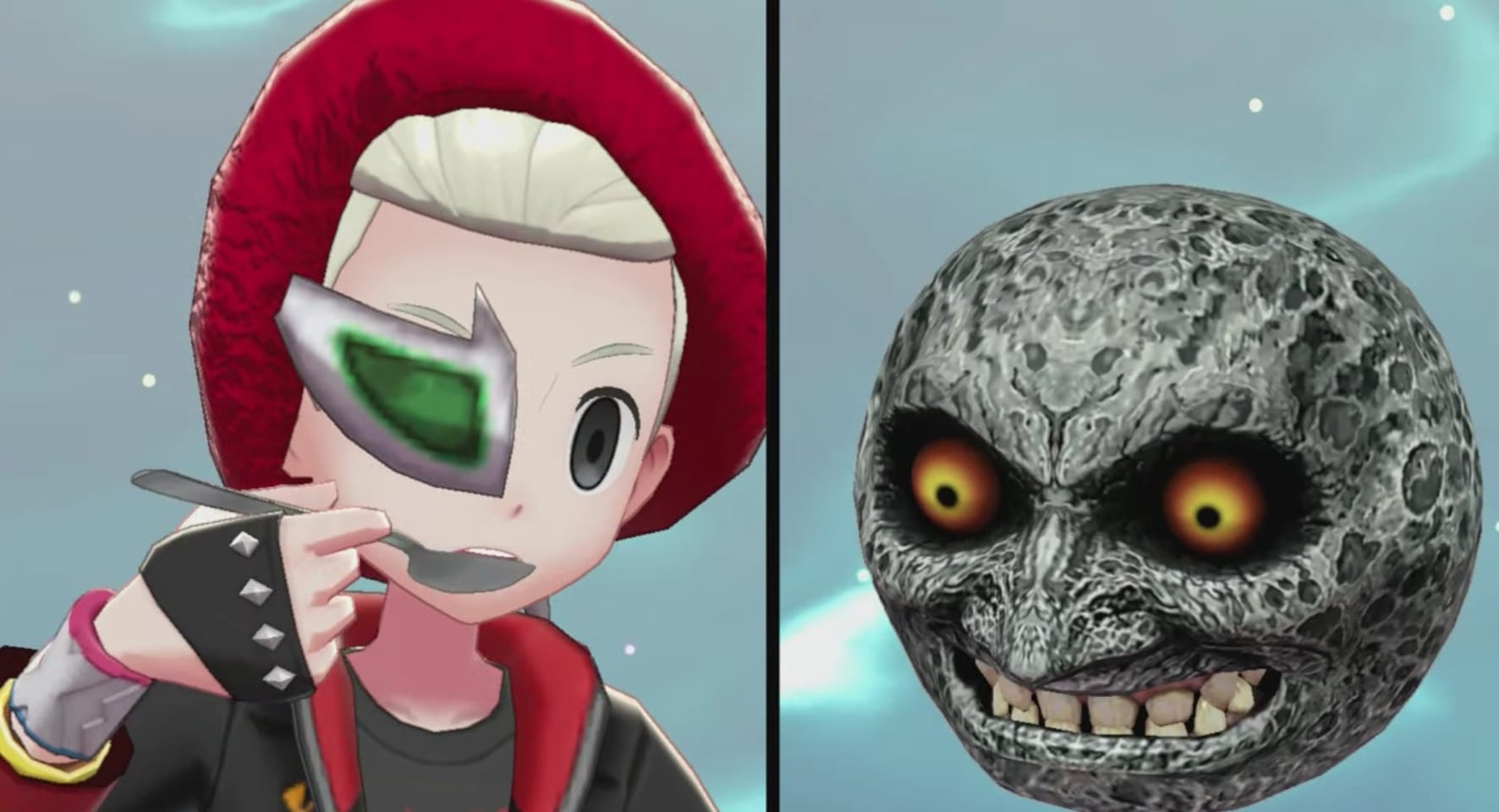 Do you guys remember that terrifying moon from Majora’s Mask that comes closer and closer to destroying the entire world with the passing of each and every day in that Zelda game? Well, I sure do. It’s one of the main reasons why I could never finish that darn game, it was way too stressful for me but just in case you actually think that moon is cute or something, a modder has added the monster (?) into Pokemon Sword and Shield and it’s kinda terrifying.

This mod was originally reported on by Polygon and you can find the mod page over at Gamebanana. The moon with teeth basically acts as a skin over Ghastly, a purple Ghost-type Pokemon that resembles a round shape similar to the Majora’s Mask moon.

And not only can the moon be added into your Pokemon team but it can essentially do anything else that your critters can do so yes, you can take it to Pokemon Camp and feed it curry and you can Dynamax it during Gym Battles and Max Raid battles, which is very scary to witness.

The mod maker, Hallow, released a video on the mod on YouTube so you can go ahead and see it in action for yourself:

And just as a little note, putting this into your copy of Sword and Shield will require your Switch to be modded.

In other Pokemon news, a Nintendo Direct is planned to air tomorrow morning and it will focus primarily on Pokemon-themed news. And of course, we have some predictions up on Twinfinite that is full of some expected reveals during the presentation.