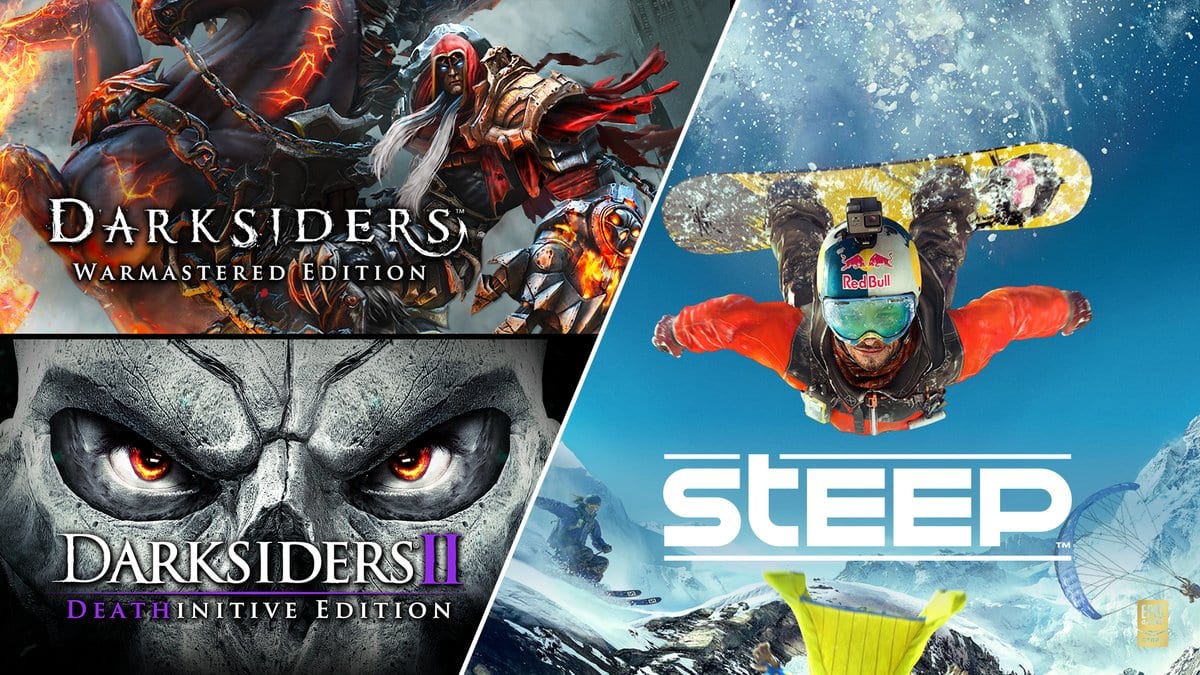 At the time of writing, the Epic Games Store is offering three full games for free until Jan. 9 at 11 AM eastern time so you might want to hurry if you want to pick them up. Below you can see the offerings.

In this first entry into the Darksiders franchise you play as War, one of the four horsemen, in a game that sees hell come to Earth after the horsemen is tricked into bringing about the end of the war with conflict between heaven and hell. The game plays something close to God of War (the originals) and Dante’s Inferno.

This sequel sees the player taking control of Death as he tries to clear his brother’s name and survive in the world very much feeling the effects of the first game’s war. In a change from the first game, Darksiders 2 is an action RPG with randomized loot to be gained from fighting enemies. This enhanced version of the original game brings in all of the DLC previously released for the base game.

Steep is an open-world extreme sports game, allowing for traversing the world on skis, snowboards, wingsuits, and paragliders. Steep shows there is always one more maintain to lay claim to, and more powder to shred through in the most extreme ways. Twinfinite’s review can be found here.

According to the Epic Games Store free games page, Sundered Eldritch Edition is going to take over as free once these expire tomorrow.

What do you think? Are any of these three games going to be something you pick up? Share your gaming/Darksiders plans with us in the comments.