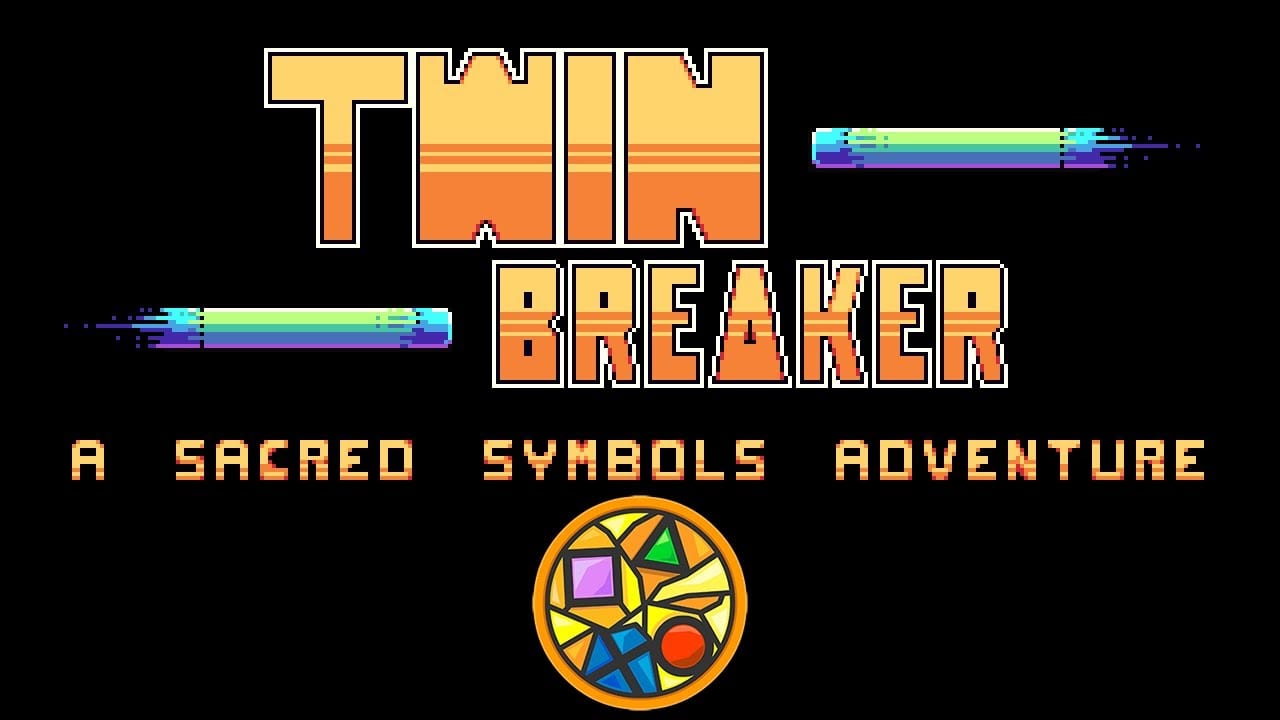 The PlayStation-centric podcast Sacred Symbols has today unveiled its debut video game project, Twin Breaker: A Sacred Symbols Adventure, a brick breaker-style adventure game featuring two protagonists in the mold of co-hosts Colin Moriarty and Chris Ray Gun. It’s set to launch in Q1 2020 on PS4 and PS Vita for $9.99, a price that includes both versions of the game.

Today’s news comes by way of a trailer and a blog post written by Moriarty, who describes the game’s design ethos and mechanics.

Barry (Johnson, of Lilymo Games) knew me well enough to know that I have a soft spot for brick breakers, and he revealed to me that he was working on one of his own, one with a little twist: Players would control multiple paddles in conjunction with each other while keeping the experience on a 2D field. In other words: Something fresh, but not overly complex.

Twin Breaker will feature a story that gives context to the game’s levels, Moriarty explains:

“I wanted to give context to the events of the game, even though the gameplay doesn’t really need (or even demand!) context. It felt like a meta enough idea to be interesting, and I knew that a subsection of our audience would really love it. It’s been an awesome experience for me to flesh out a strange tale of first contact, led by our two daring protagonists and their powerful ships: Greetings and Salutations.”

Twin Breaker is being developed by Canadian Studio Lilymo Games and is the studio’s third project. You can check out the trailer below.

Twin Breaker features a full trophy list, including a Platinum. The podcast plans to unveil more details in the coming months.