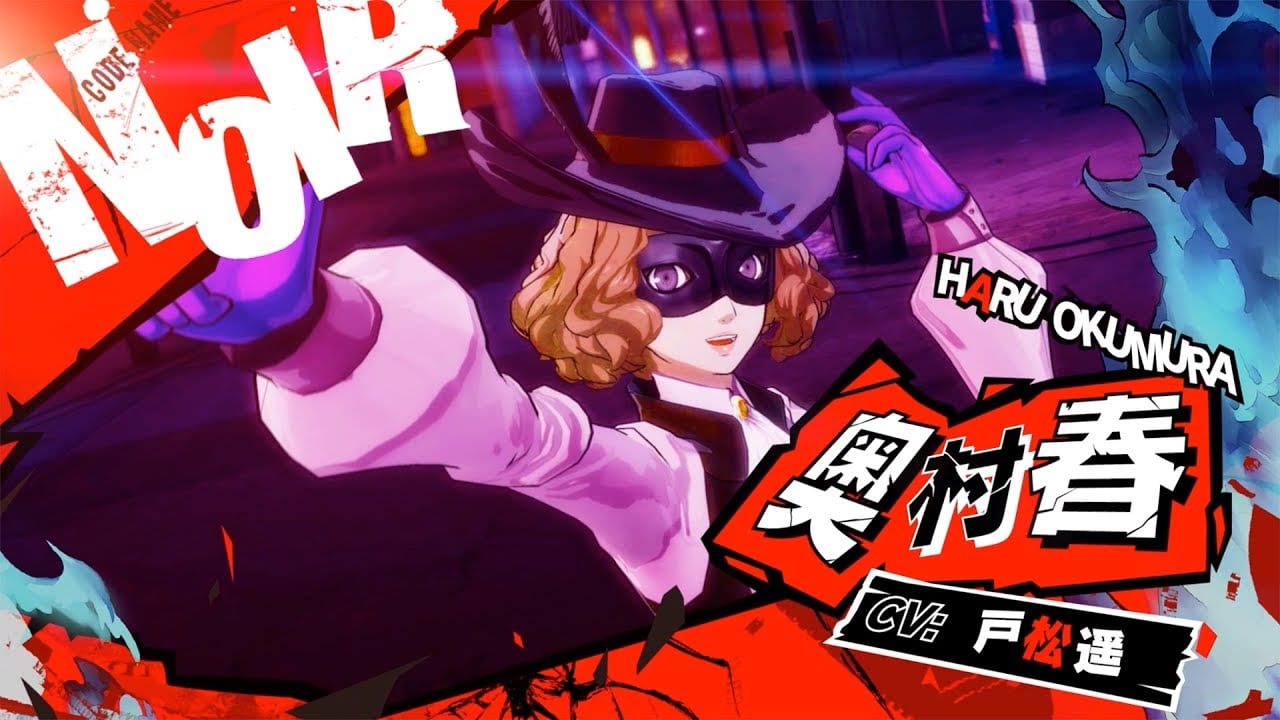 Atlus continues to introduce the main protagonists of its upcoming Persona 5 Scramble, and this time it’s Haru Okumura, known as the “bishoujo Phantom Thief” who takes center stage.

The trailer is in Japanese, but even if you don’t speak the language you’ll still be able to pick up a flavor of her personality, as well as seeing her in kick some butt in combat. There are a few brief snippets of story cutscenes and various conversations with other members of the guild, too.

For more Persona 5 Scramble, why not check out the previous gameplay trailer? Otherwise, we have a trailer focusing on the hero, as well as other main characters such as Sophia, Ryuji, Morgana, Ann, and Yusuke.

Elsewhere, there’s plenty more video footage, such as a trailer showcasing Sendai and the features described here, an earlier trailer, a number of TV commercials focusing on the various locations of the game, and the first screenshots alongside story and gameplay details, followed by a second batch that once again puts the spotlight on Sophia and Joker, while a third article details Ann, Morgana, and Ryuji.