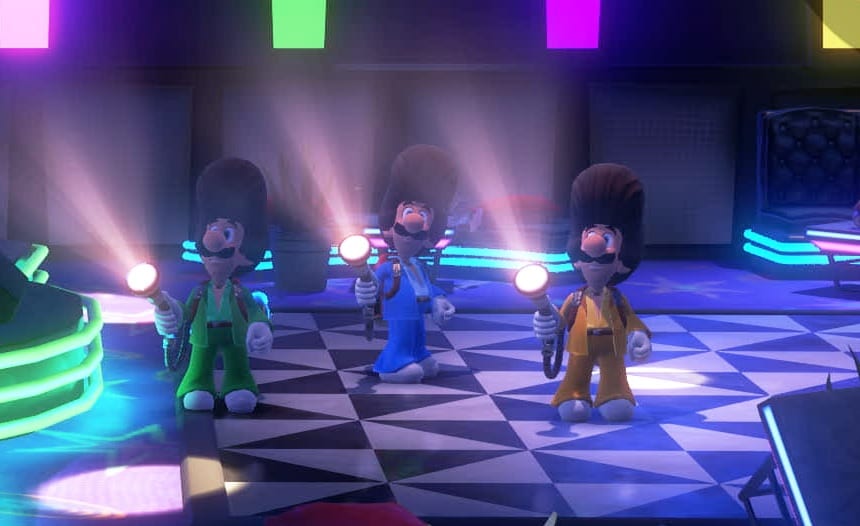 Nintendo has announced two multiplayer DLC expansions for Luigi’s Mansion 3, both due to arrive in 2020.

Both parts of the DLC pack will include new ScareScraper costumes, floors, and ghosts, as well as new minigames for the ScreamPark multiplayer mode.

The first part of the DLC is set to be released by April 30, 2020. It will include three new minigames, six new themed ghosts, three new outfits, and three new floor themes for the ScareScraper co-op mode.

As seen in screenshots from Nintendo’s website, it looks like the first three outfits for Luigi will have knight, mummy, and disco themes.

The second part of the DLC is set to be released by July 31, 2020. There aren’t specific details for what it will include, but it will presumably contain additional ScareScaper costumes and ScreamPark minigames.

As a bonus for purchasing the DLC, players will receive the in-game item Flashlight Type-P, which makes a special Polterpup shadow on the wall. This item is activated immediately but can only be used once you have unlocked the gallery in Professor E. Gadd’s laboratory.

Both parts of the DLC must be bought together as a set and the expansion will be priced at $9.99. You can already pre-order it on Nintendo’s website.

While you wait for the first part of the DLC to arrive in April, check out our Luigi’s Mansion 3 guide wiki for tips on the game. If you’re still wondering if you should buy the game, check out our review.