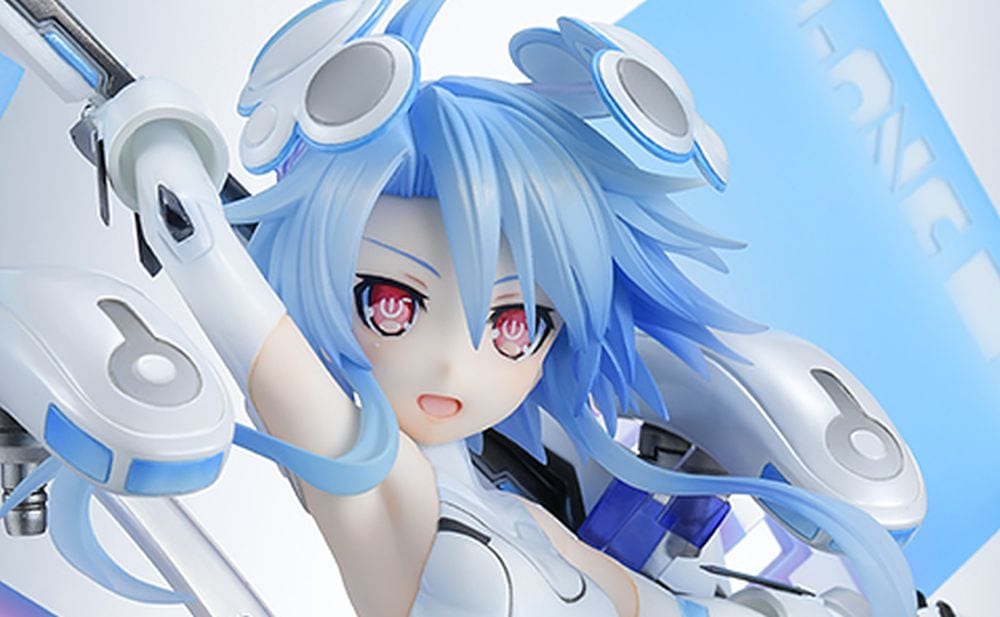 The figure is available for pre-orders exclusively on AmiAmi for 28,600 yen, which translates into approximately $262.

Whle the price isn’t insignificant, you have a ton of time to save up because the projected release window is February 2021. There is over one year of lead time on this one. Pre-orders will be available only until March 16, 2020 before they are closed for good.

Sculpted by Setsuki (Sparetail) and painted by Ayumu Itsukaichi, we have a rather sizable figure standing about 300 mm tall (240 up to the head) due to its 1/7 scale.

The creation of the prototype was supervised by the developers of the Hyperdimension Neptunia series including character designer Tsunako.

In other Hyperdimension Neptunia news, fans are currently waiting for the next spin-off game for the series, titled VVVTune and focusing on virtul YouTubers and idols.

Considering that 2020 is the 10th-anniversary year for the series, it’ll be interesting to see if we’ll also get a mainline game. It certainly would be sweet, but we heard nothing specific yet about it.