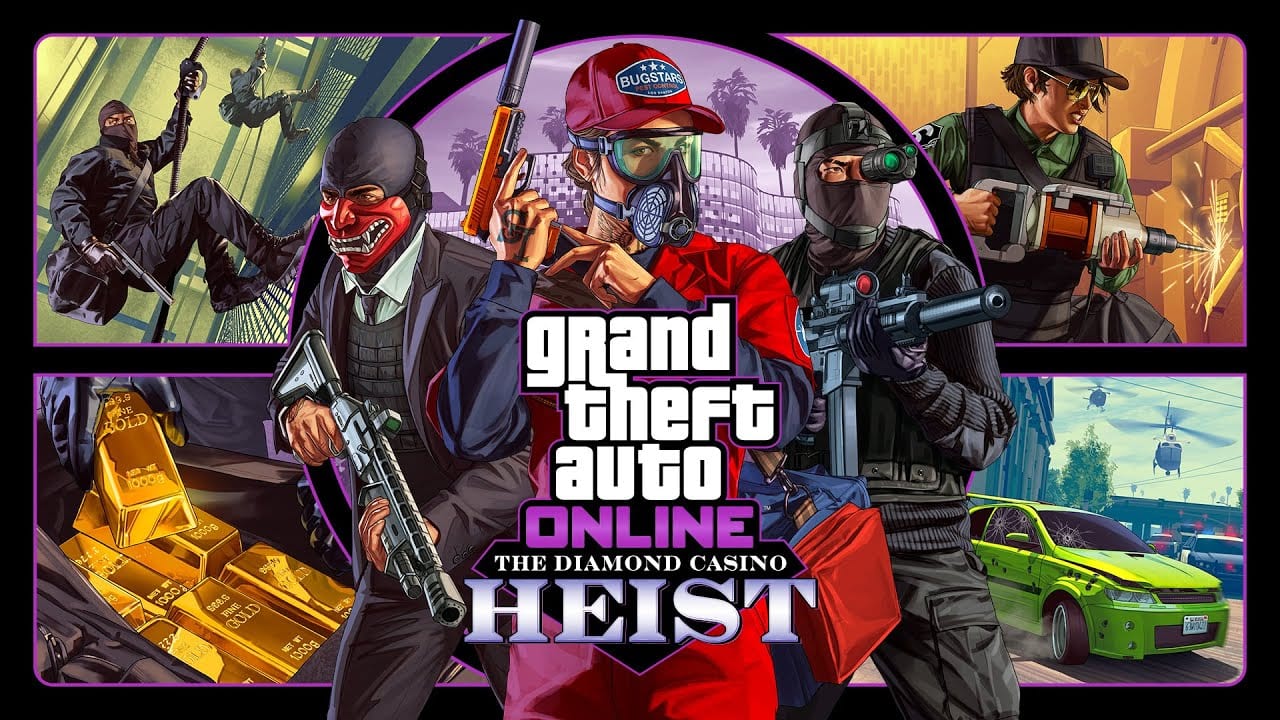 Rockstar Games has announced that The Diamond Casino Heist is now live in GTA Online, and based on its latest trailer it looks like the most audacious criminal operation introduced to the game yet.

The developer tees up the expansion’s backstory with its own description:

“The Diamond Casino & Resort might be under the questionable management of the Duggans, the ruthless Texan petrochemical magnates who stole control from Tao Cheng and the Triads, but business is still booming.

Now it’s time to act on that cryptic text you received from Cheng Family Holdings. Georgina Cheng – VP of Cheng Holdings and the more poised and polished younger sister to party boy, Tao – is on a mission to hit the Duggans where it hurts most: by breaking into the Diamond’s highly secure vault and stealing everything in it.”

Players will need to plan meticulously to pull off said heist, and they’ll be able to approach the operation according to their play-style. From entry point to crew and gear options, the scenario will play out differently depending on player decisions.

In addition to the actual heist, the Casino itself has been given a makeover. There are 12 new playable Arcade games, and a basement planning area for prepping, rehearsing and launching The Diamond Casino Heist’s missions.

You can check out a glimpse of the action in the below trailer.