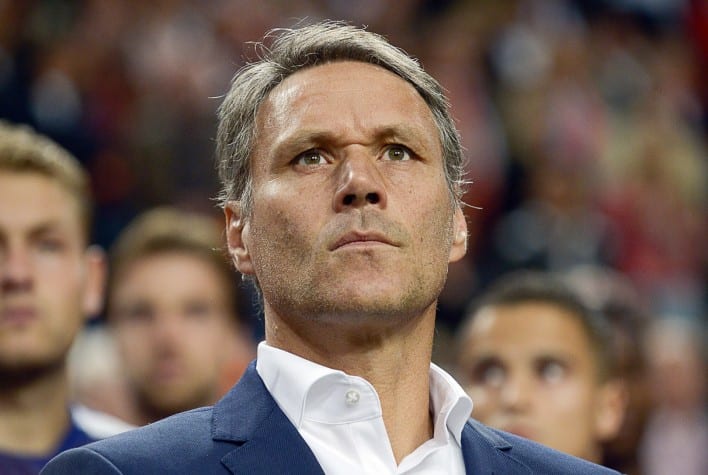 If you booted up FIFA 20 today, you probably encountered a message stating Marco van Basten has been suspended from the game “until further notice.” This probably came as no surprise if you pay close attention to UK sports news.

For those of you who don’t follow international sports: the three-time Ballon d’Or winner (the award given to the best soccer players) will no longer be an available character in the game because of his recent comments.

This suspension involves a bit of backstory. Late last month, van Basten served as an analyst for Dutch Fox Sports, and during an interview with presenter Hans Kraay and Heracles manager Frank Wormuth, van Basten said, “Sieg Heil” on air. He quickly apologized for the comment, which he said was “stupid and inappropriate,” but the damage had already been done.

Van Basten believed he wasn’t on air, and in an attempt to make fun of Kraay’s poor grasp of the German language, he said: “Not too pretty, sieg heil, pfannkuchen.” [“Pfannkuchen” means “Pancake” in German]

He later apologized further, explaining the meaning of what he defined as an “ill-placed joke.”

“I didn’t mean to shock people, I just wanted to ridicule Hans’ German, but I’m sorry,”

Several days later, van Basten was suspended from working with Fox Sports until December 7th. EA has finally followed suit and removed all mention of him from FIFA 20. Players will no longer be able to obtain Marco van Basten cards from packs, squad building challenges, and FUT Draft.

While “Sieg Heil” literally means “Hail Victory” in German, the Nazis used the phrase as part of their salute, and it is now a term synonymous with racism, fascism, and support for neo-Nazis.

Currently, there is no word if EA has any plans to add van Basten back into FIFA 20 or any other future iterations of the game.