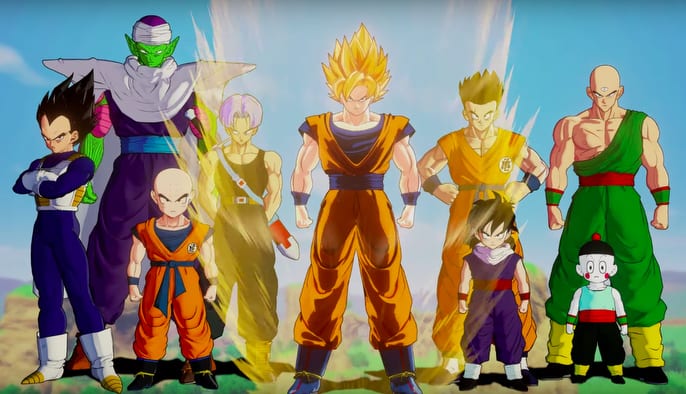 The latest trailer for Dragon Ball Z: Kakarot has dropped, and it shows off the game’s opening movie in all its glory.

Streamed through the official PlayStation YouTube channel on Dec. 18, the trailer shows the entirety of the opening movie that plays before the game proper starts.

In it, Goku and friends can be seen eating, striking poses and otherwise living within the different environments scattered throughout the game. These include iconic locales like the Kame House and the base of Korrin Tower, both of which are rendered in bright and colorful graphics.

This quickly takes a turn, however, with a montage of some of the series’ most memorable fights. Beams are hurled, fists collide and exceptionally long screams are sustained during transformations as Goku battles Frieza, Gohan beam-clashes with Cell and Vegeta prepares to wipe Majin Buu out with a sacrificial blast.

All the while, it’s set to “Cha-La Head Cha-La,” the most popular and recognizable of the anime’s openings.

It’s about what one would expect from a Dragon Ball Z game at this point, but it’s all rendered beautifully and will have any die-hard fan ready to play through the legendary saga all over again. Likewise, it captures the feel of the opening cinematic from the anime, giving it even more nostalgia points long-time fans will appreciate.

The full trailer can be found down below.

Dragon Ball Z: Kakarot is currently slated for release on Jan. 17, 2020 on PlayStation 4, Xbox One and PC. For more on the game, check out one of the game’s more recent and heartfelt trailers here.

For more on Dragon Ball Z games in general, check out our ranking of the 15 best Dragon Ball games of all time to see if your all-time favorite title based on the series was up to snuff.