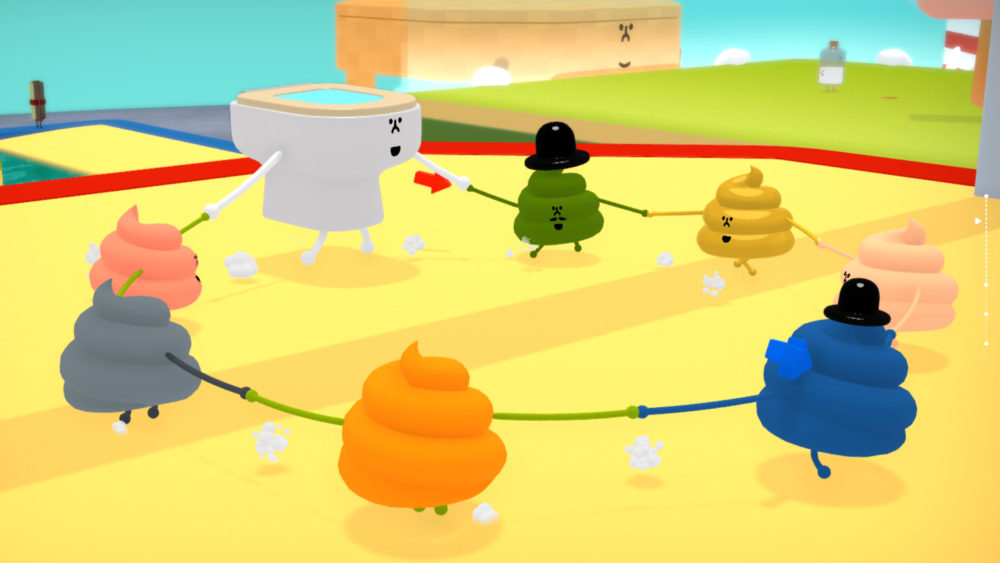 Wattam, the next game from the mind of Keita Takahashi, has received its final release date. While we knew earlier this year that it was coming in December, Sony confirmed today that it will be out on Dec. 17, and alongside this news, released a brief but still entertaining teaser trailer.

For those that are unfamiliar with Keita Takahashi, he is best known as the director of the quirky, cult-hit games Katamari Damacy and Noby Noby Boy, among other projects.

After a hiatus for a few years, he is now working together with developer Funomena to design Wattam, a game that appears so far to be very much in line with his signature style of silly, zany titles.

As the tweet above alludes to, Sony also did a brief Q&A with Keita Takahashi. In it he remains humble, downplaying any deeper themes in his game and reaffirming his commitment to just making something that is “new and fun.”

In response to questions he was asked he also states that he doesn’t like watching people play Wattam because it makes him “uncomfortable,” doesn’t think “all” of his games are endearingly weird as the interviewer suggests, and is looking forward to going to GameStop to see if there’s physical copies there the day Wattam comes out.

It’s a short, but very entertaining interview, definitely go check it out on the PS Blog, if you have a free minute or two to spare.