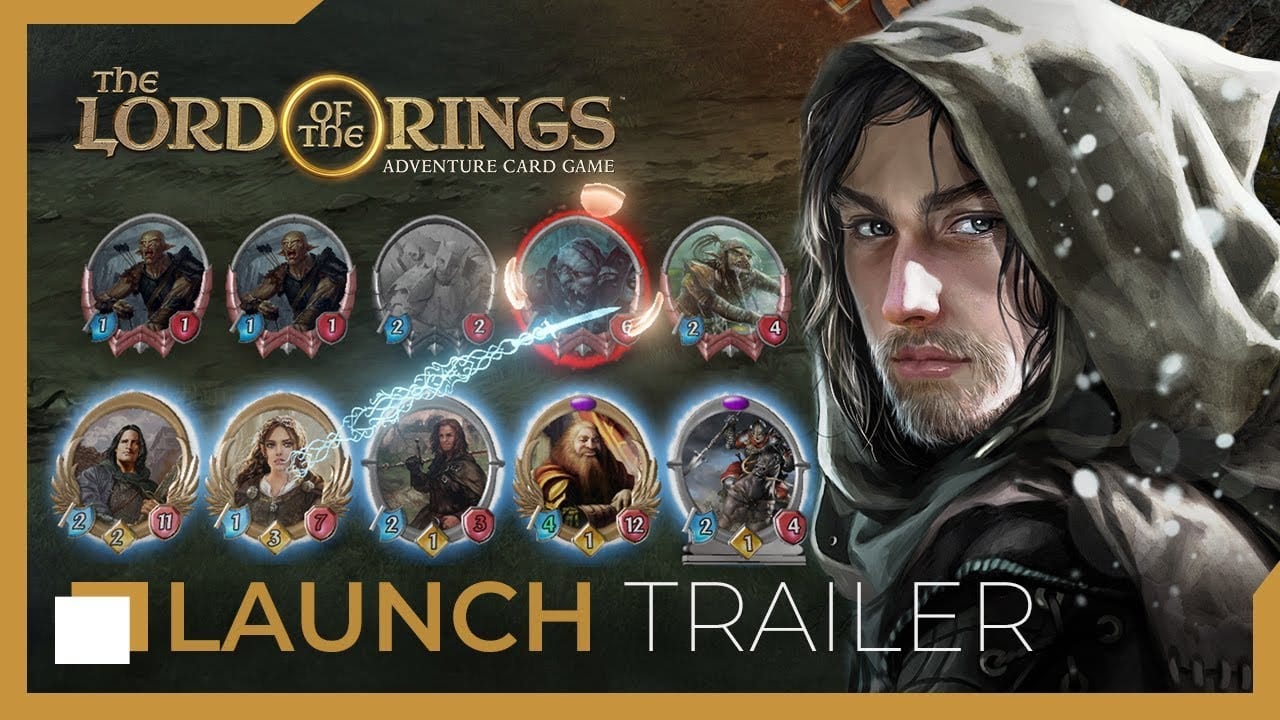 Asmodee Digital is celebrating the launch of The Lord of the Rings: Adventure Card Game’s PS4, Xbox One, and Nintendo Switch release today with a new trailer that highlights its strong focus on storytelling, set in the quintessential fantasy world created by J.R.R Tolkien.

Rather than a competitive experience like Hearthstone, The Lord of the Rings: Adventure Card Game is a solo or co-operative experience that combines immersive storytelling with deck-building.

Players will embark on an all-new Middle-earth story, building a custom deck featuring Fellowship of heroes from the saga’s iconic characters. Each deck is based around three heroes with unique abilities, and draws upon an ever-growing pool of cards based on the distinctive spheres of the selected heroes.

From there, players team up with friends and challenge themselves to complete Quests. You’ll progress through stories by defeating the forces of Sauron in combat, and by using Willpower to resolve Objectives.

Willpower can also be added to the Fate Pool, used to trigger contextual abilities during a Quest. In turn, the Threat Meter displays the increasing danger from Sauron, triggering roadblocks that can disrupt player strategies.

You can get a better flavor for gameplay in the new launch trailer below.

The Lord of the Rings: Adventure Card Game is a premium experience, priced at $24.99. All console versions feature the same content and gameplay mechanics as the Steam version, leveraging all the insights gathered during the Early Access phase on Steam.