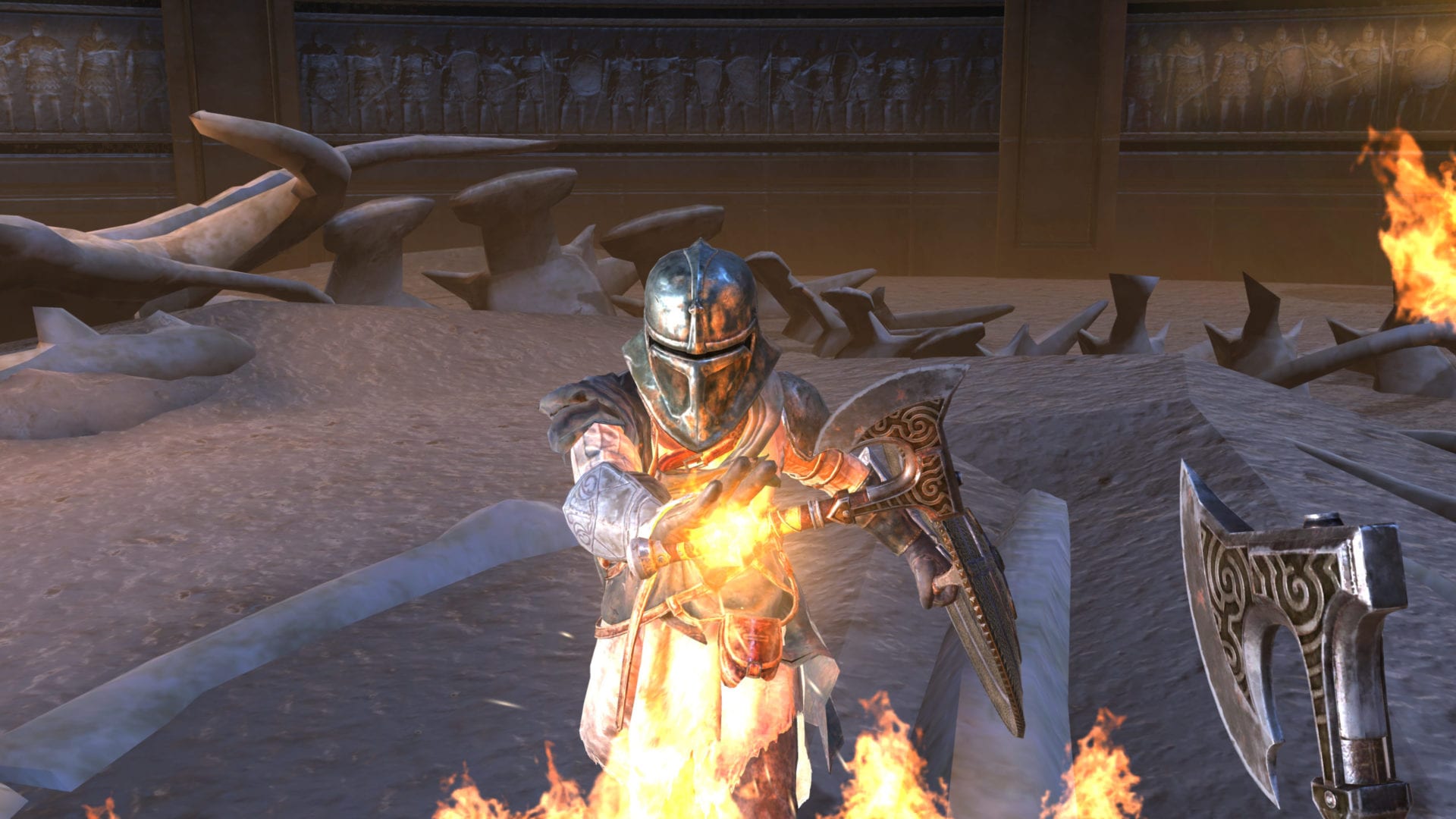 Bethesda announced today that it will be delaying the Nintendo Switch version of The Elder Scrolls: Blades alongside detailing the game’s next large update.

The free-to-play game released for iOS and Android devices last June, after it was initially delayed in 2018. The Nintendo Switch port was scheduled for this fall, but now has been delayed until “early 2020.”

Bethesda did not give a specific reason for the delay in its blog post, other than “all the other changes” the company is making to The Elder Scrolls: Blades.

Bethesda also detailed the game’s upcoming 1.5 update which removes Chest timers, one of the biggest issues players had with the game. Chest timers required players to wait a certain amount of time before treasure chests could be opened, or pay real money to open them immediately.

Additionally, the loot system has been overhauled in the update with increased loot from enemies, bosses, and breakable items.

The 1.5 update coming in early December will also add PvP multiplayer in the form of an Arena mode that will be cross-platform between mobile versions and the eventual Switch version. Players level 5 and higher can fight one-on-one with other players in a best-of-three duel for rewards and placing in the in-game leaderboards.