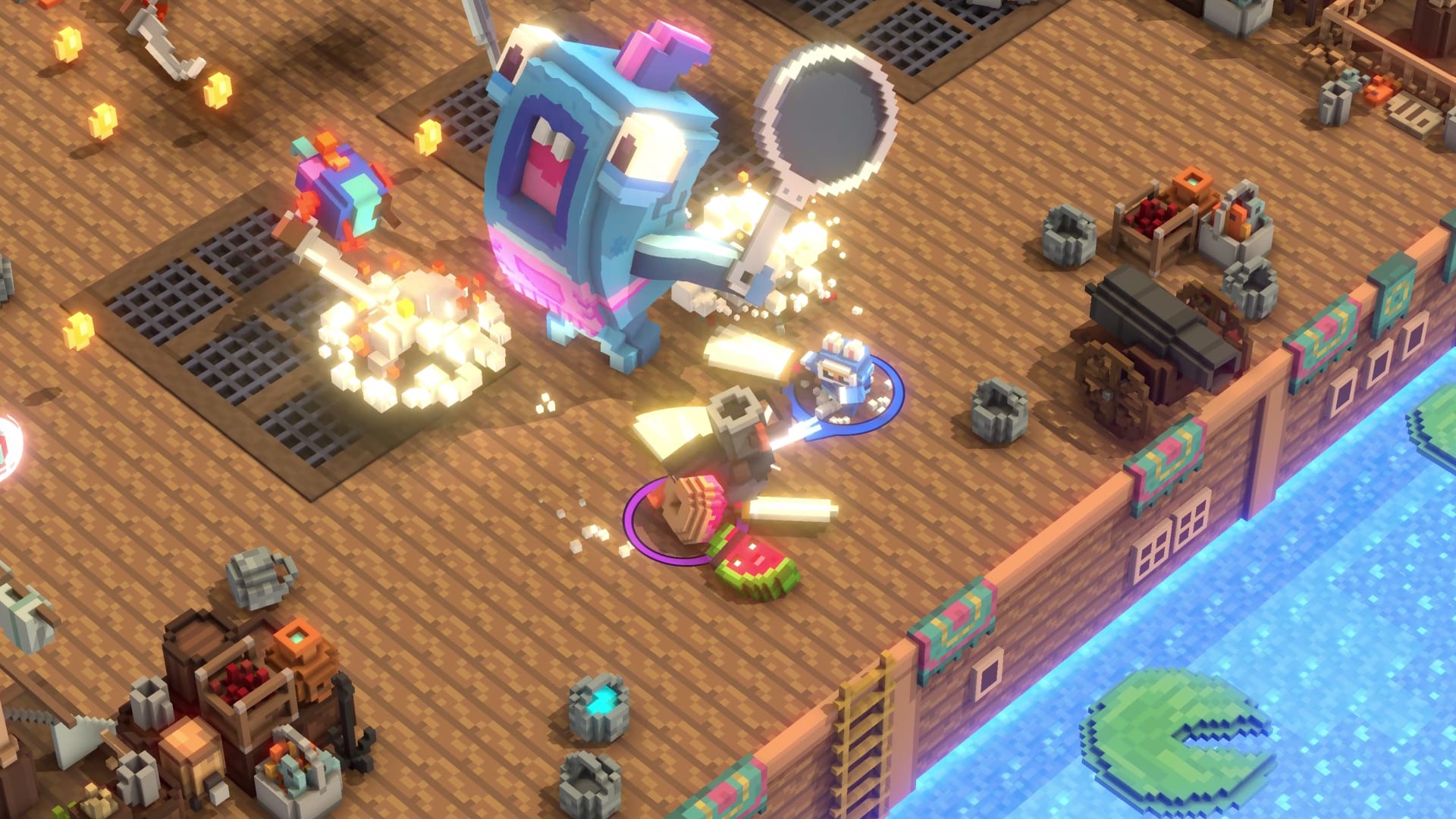 If you want a newish co-op game for your Switch, Coconumber has just the quirky title for you with Riverbond.

Riverbond is a voxel-based dungeon crawler where players can team up to take down tons of enemies and bosses. The game utilizes a 3D, pixelated aesthetic that makes it kid-friendly and perfect for gamers who want to play with their children.

While Riverbond is already available on the Xbox One, PlayStation 4, and PC, Coconumber just announced the Switch version, which will launch on December 10th. Since the Switch version will support tabletop mode, players only need to supply a few extra Joy-Con controllers if they want to play the game on the go with their friends. Then again, the other versions also support drop in/drop out couch co-op, which is a dying feature in the world of online gaming.

Moreover, Riverbond features quite the roster of crossover skins of characters from other games, including Raz from Psychonauts, Juan from Guacamelee, and the titular Shovel Knight. If you ever wanted to see the sentient bullets from Enter the Gungeon fight alongside The Kid from Bastion, look no further.

Coincidentally (or not), the Switch version of Riverbond releases on the same day as the upcoming Crystalwatch update, which will include new levels enemies, weapons, and a playable Spelunky Guy skin. Crystalwatch is free for all versions of Riverbond, so Switch owners will receive the update as soon as they download their copy of the game.

For more news and information on Riverbond, stick with Twinfinite.