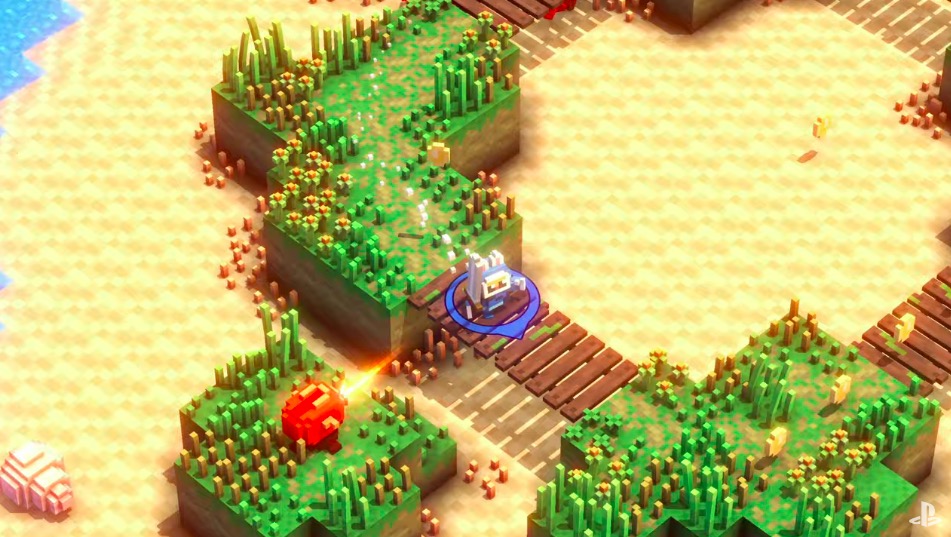 During Sony’s second episode of State of Play, it was announced that Riverbond will be coming to PS4, Xbox One, and PC via Steam sometime this summer.

The game is a hack-and-slash dungeon crawler with a “voxel” art style that will feature drop-in/drop-out couch cooperative multiplayer. According to the PS4 trailer down below, Riverbond is all about shooting, slashing, and destroying everything with your friends by your side.

There was also the announcement of 8 crossover skins coming to the game that includes popular indie characters. The skins are as follows: Robot 05(Planet of the Eyes), Demelza (Knights and Bikes), Lover Mu (Lovers in a Dangerous Spacetime), Juan (Guacamelee), The Kid (Bastion), Raz (Psychonauts), Bullet Kin (Enter the Gungeon), and last but not least, Shovel Knight himself.

You can check out the new trailer for Riverbond down below:

For more on Sony’s newest episode of State of Play, you can check out the newest gameplay trailer for Final Fantasy VII Remake, the announcement for the new Predator game and a new peek at the upcoming expansion for Monster Hunter: World, Iceborne.