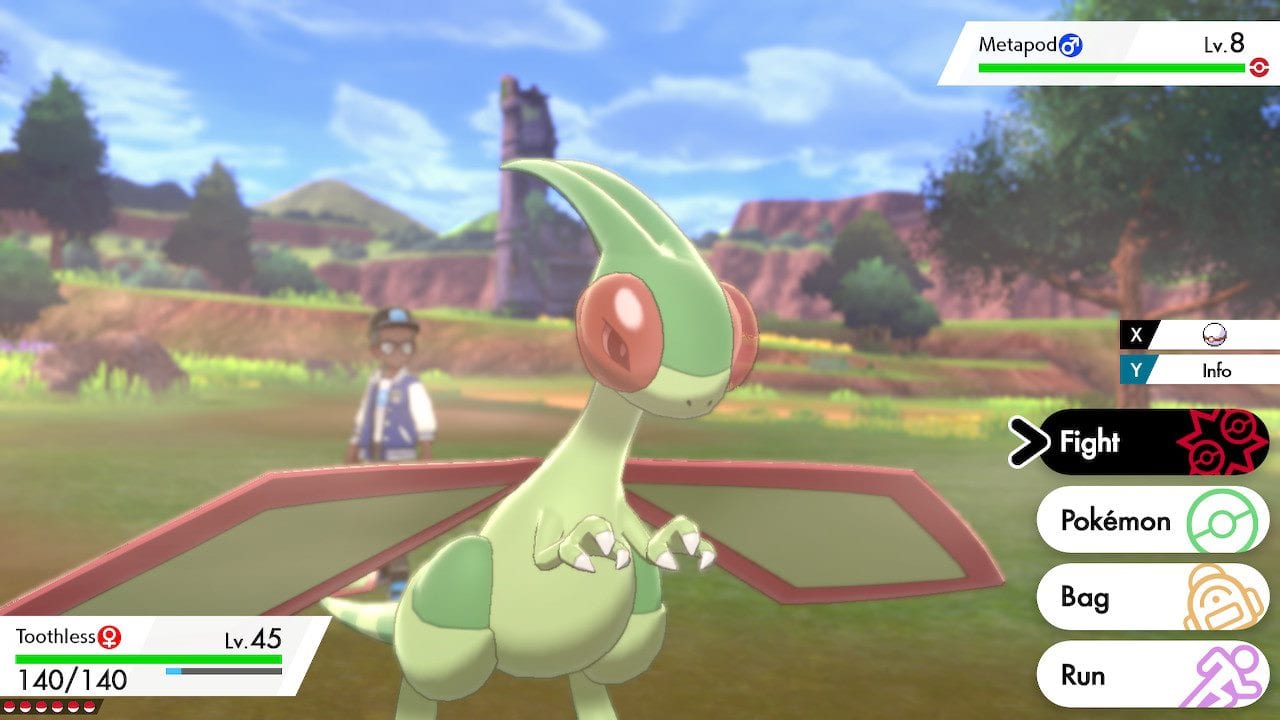 How to Get Trapinch & Evolve Into Vibrava, Flygon in Pokemon Sword & Shield

In a Max Raid Battle

Even though Flygon was shown in promotional material, its first evolutionary stage is relatively difficult to find. Trapinch is found in very few locations in the game at less than favorable odds.

The soonest that Trapinch can be encountered is right after you leave Wedgehurst Station and enter the Wild Area for the first time. It won’t be on the field, but it can be fought in a Max Raid Battle.

Trapinch has a specific Dynamax Pokemon den that it appears in. It’s in the Rolling Fields, just outside of where the Wild Area Station is located. If you hug the wall directly to the left, you’ll come to a den next to a single tree and a log. You can use the images below for reference:

At this den, you can encounter both a Trapinch and a Vibrava. The most difficult part of this method is gathering enough W (Watts) to buy Wishing Pieces. You won’t be able to spend Watts until you reach Motostoke, but once you do, an NPC will sell items at the foot of the city’s steps.

Wishing Pieces cost 3,000 W and allow you to summon a Dynamax Pokemon to an inactive den. You’ll need a Wishing Piece each time you fail to encounter Trapinch or Vibrava in order to make another attempt.

Trapinch can also be caught the old-fashioned way, but this method will require much more luck. The Pokemon can be found as a visible encounter on Route 6.

It can also be found with a 2% encounter rate during sandstorms in Hammerlocke Hills in Pokemon Shield.

How to Evolve Trapinch

Thankfully, after all that Pokemon hunting, you won’t need a rare item to evolve Trapinch. It’ll evolve into a Vibrava at level 35, then become a Flygon at level 45.

Those are all of the details you’ll need on how to get a Trapinch and evolve it into a Vibrava and Flygon in Pokemon Sword & Shield.

If you’re looking for more tips on the game, check out our Wiki as well as the guides below: